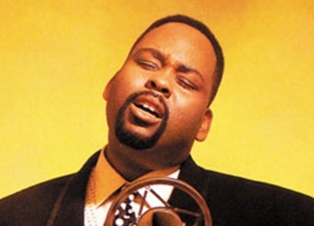 Peaston was born into a St. Louis family with deep musical roots. His mother, gospel singer Martha Bass, was one of the Clara Ward Singers. His older sister, Fontella Bass, is a noted singer whose single "Rescue Me" reached No. 1 on R&B charts and No. 4 on pop single charts in 1965.

Peaston earned a degree in elementary education and taught in his hometown of St. Louis before moving to New York to pursue a career as a singer. He began doing session gospel and R&B work. His career got a big boost after winning several competitions on the "Showtime at the Apollo" television show in the late 1980s, winning over fans and the judges with his powerful rendition of "God Bless The Child."

"I soooooooooo loved this man with the hearty laugh, great sense of humor, that incredible voice, and he was the most amazing friend!!!" she said in a statement to the website eurweb.com. "This hurts so much. He had a gift that commanded the room. David will be sorely missed."

Peaston's Facebook page described him as a "joyful independent double amputee." Both of Preston's legs were amputated below the knees due to diabetes.

Survivors include his wife of 24 years, his high school sweetheart Marilyn, and two sons. Funeral arrangements were incomplete.