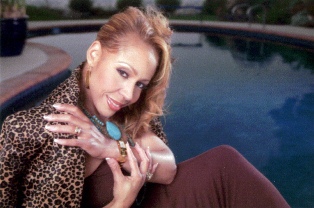 EL SEGUNDO, Calif. (AP) -- Big-voiced R&B diva Vesta Williams, perhaps best-known for her 1980s hits \"Don't Blow A Good Thing" and \"Congratulations," has been found dead of a possible drug overdose in a Southern California hotel room. She was 53.

Los Angeles County coroner's Capt. John Kades (KAY'-dihs) says Williams was found dead at 6:15 p.m. Thursday in an El Segundo hotel room. An autopsy will determine the cause of death, but Kades says \"this could be a drug overdose.

Born Mary Vesta Williams in Coshocton, Ohio, on Dec. 1, 1957, she had hits with \"Once Bitten Twice Shy," \"Sweet, Sweet Love" and the torch song \"Congratulations," where she emotionally bids goodbye to her ex, about to marry someone else, on his wedding day.

Williams also appeared in movies and on television.