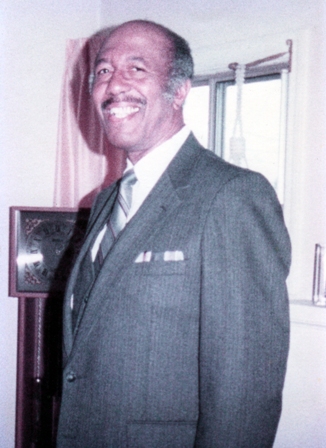 Born on July 2, 1923 in Cleveland, Ohio to Booker T. Sr. and Alice E. Lewis, he spent his early years in Buffalo, N.Y., where he attended elementary and high school.

He received his B.S. degree from Fisk University and later earned his D.D.S. degree from the Meharry Medical College School of Dentistry in 1948. In that same year, he married Emma L. Rucker and from this union three children were born. Emma passed away in 1972.

Affectionately known as Booker or 'Doc' to his many friends and family, he opened his first dental practice in Detroit, Mich; however, Uncle Sam had other plans and he was called into service with the United States Army. Dr. Lewis was the Post dentist at Fort Carson in Denver, Colo., where he reached the rank of Captain prior to being honorably discharged.

In 1955, Dr. Lewis moved to Portland and established a successful practice. Indeed, he became one of the pioneers of medicine and dentistry in his newly adopted state. As one of the first Black dentists in Oregon, he served his community until his retirement in 2001.

In 1976, Dr. Lewis married Gladys Lewis and 5 stepchildren were added to the family unit. Gladys preceded him in death.