Thousands of miles from Ground Zero – and farther still from the battlefronts in Iraq and Afghanistan – more than a dozen Muslims from Oregon, Washington and Idaho have been prosecuted for crimes linked to alleged terrorist acts. Have they been treated fairly? Check out our interactive timeline of Pacific Northwest prosecutions – and countersuits –in the "War on Terror," and let us know what you think about the nation's counterterror efforts thus far … To read the whole story click here

Video Wall Records Post-9/11 Discrimination
Working to document the day-to-day harassment and violence experienced by Americans of South Asian, Muslim and Sikh heritage, the Sikh Coalition of America last Friday launched a website of personal stories in video format designed to dispel myths about their communities … To read all about it click here 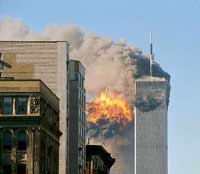 9/11 Remembered: Humbled by a Bad Decade by Ronault LS Catalani Special To The Skanner News
Ten years have passed since September 11, 2001. Ten years since you and me watched that sleek United airliner slip smooth as an Olympic diver into the face of the World Trade Center's south tower -- since that long moment 2996 precious souls exhaled all at once … For all the information click here

Weekend Shooting After High School Football Game Injures Six Teens
Six teens were shot and wounded on the porch of a house near the intersection of N. Albina and N. Jessup late Friday. The victims were hospitalized and treated for non-life threatening injuries. Police called the mass shooting, with the largest number of victims this year, "nothing short of an ambush" … To check the details click here