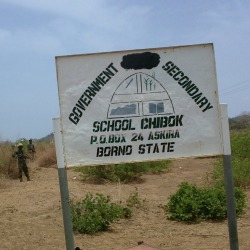 In this Monday, April, 21. 2014 file photo, soldiers stand guard in front of the government secondary school Chibok, in Chibok. Nigeria. One of the teenagers kidnapped by Boko Haram extremists over two years ago from a school in northeastern Nigeria has been found with a baby and was reunited Wednesday, May 18, 2016 with her mother — the first of the Chibok girls to be freed since the mass abduction. Nigerian hunters found the young woman and baby wandering near the Sambisa Forest and her uncle describes her as traumatized. (AP Photo/ Haruna Umar File) 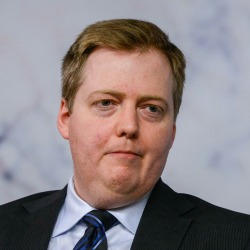 This is a Wednesday June 19, 2013 file photo Iceland's Prime Minister Sigmundur David Gunnlaugsson speaks during a press conference in Stockholm. The release of a trove of documents on offshore financial dealings of wealthy, famous and powerful people is raising questions over the use of such tactics to avoid taxes and financial oversight. Reports by a media coalition on an investigation with the International Consortium of Investigative Journalists brought to light details of offshore assets and services of politicians, businesses and celebrities, based on 11.5 million records. Sigmundur David Gunnlaugsson has been named in the documents about offshore financial dealings, (Bertil Enevag Ericson, TT, File via AP ) 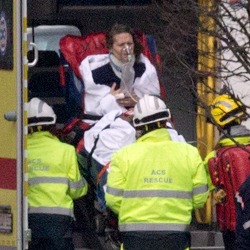 A woman is evacuated in an ambulance by emergency services after a explosion in a main metro station in Brussels on Tuesday, March 22, 2016. Explosions rocked the Brussels airport and the subway system Tuesday, killing at least 13 people and injuring many others just days after the main suspect in the November Paris attacks was arrested in the city, police said. (AP Photo/Virginia Mayo)

At Least 31 Dead in Bombings of Brussels Airport, Metro

Bombs exploded at the Brussels airport and one of the city's metro stations Tuesday, killing at least 31 people 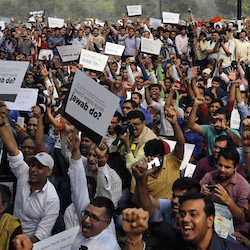 Bollywood actor Anupam Kher and other supporters of India’s ruling Bharatiya Janata Party march toward the Rashtrapati Bhawan or Presidential Palace during a protest in New Delhi, India, Saturday, Nov. 7, 2015. Kher on Saturday led a march to counter the protests by writers, artists and others who say they are alarmed by a climate of religious intolerance and violence in India. (AP Photo/Altaf Qadri)

The Democratic Republic of the Congo has lifted a two-year freeze on international adoptions.

Congo Clears the Way for 72 Adoptions After 2-year Wait 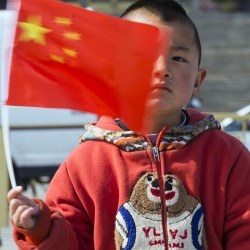 Most significant easing of family-planning policies in recent years 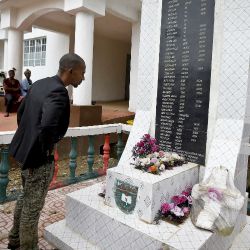 A man reads a monument with the names of health workers who died of Ebola at the government hospital in Kenema, eastern Sierra Leone. An Associated Press investigation has found a toxic mix of avoidable problems faced by Ebola responders, including weak leadership, shoddy supplies and infighting, exacerbated a chaotic situation at a critical front in the battle against the virus. (AP Photo/Sunday Alamba)

An Associated Press investigation has found that the fight against Ebola suffered bad leadership, infighting and shoddy supplies. 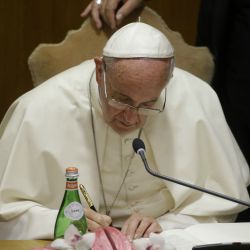 Pope Francis signs a declaration in the Synod Hall during a conference on Modern Slavery and Climate Change at the Vatican, Tuesday, July 21, 2015. (AP Photo/Gregorio Borgia) 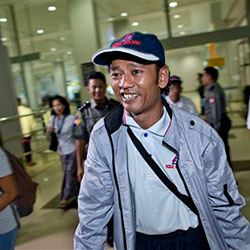 Myanmar Fisherman Goes Home After 22 Years as a Slave 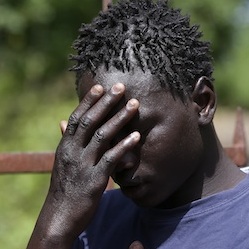