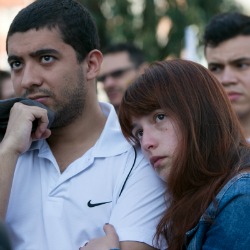 Supporters of the peace accord between the Colombian government and rebels of the Revolutionary Armed Forces of Colombia, FARC, follow on a giant screen the results of a referendum to decide whether or not to support the peace accord, in Bogota, Colombia, Sunday, Oct. 2, 2016. Colombia's peace deal with leftist rebels was on the verge of collapsing, with those opposing the deal leading by a razor-thin margin with almost all polling stations reporting results. (AP Photo/Ariana Cubillos) 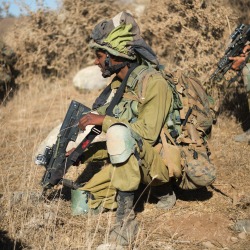 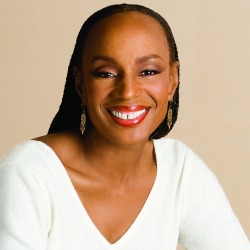 Susan L. Taylor, American editor, writer, journalist and Founder and CEO of CARES Mentoring Movement is among many influencers confirmed to attend the fall event in Panama. 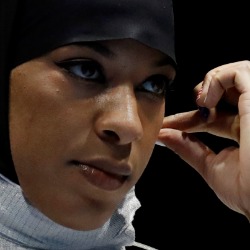 Ibtihaj Muhammad of the United States adjusts her hijab prior to competing with Olena Kravatska of Ukraine in the women's individual saber fencing event at the 2016 Summer Olympics in Rio de Janeiro, Brazil, Monday, Aug. 8, 2016. (AP Photo/Andrew Medichini)

Muhammad First US Athlete to Wear Hijab at an Olympics 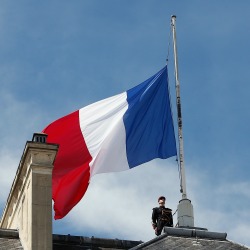 A soldier stands next to a half staff French flag, at the Elysee palace in Paris, Friday, July 15, 2016. French Prime Minister Manuel Valls said the government is declaring three days of national mourning after the attack in Nice that left at least 84 people dead. Speaking after an emergency meeting, Valls said the national mourning would begin Saturday. (AP Photo/Thibault Camus)

A Tunisian man drove a truck through crowds celebrating Bastille Day, killing 84 people and wounding 202 others 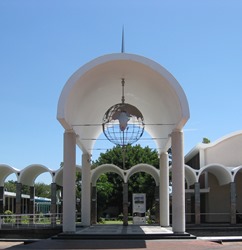 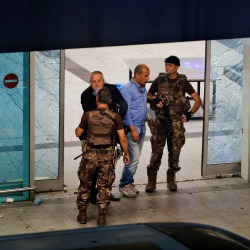 Turkish police officers stand outside Istanbul's Ataturk airport, late Tuesday, June 28, 2016. Two explosions have rocked Istanbul's Ataturk airport, killing several people and wounding others, Turkey's justice minister and another official said Tuesday. A Turkish official says two attackers have blown themselves up at the airport after police fired at them. The official said the attackers detonated the explosives at the entrance of the international terminal before entering the x-ray security check. (AP Photo/Emrah Gurel) 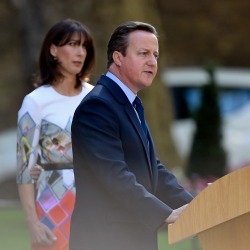 Britain's Prime Minister David Cameron speaks outside 10 Downing Street, London as his wife Samantha looks on Friday, June 24, 2016. Cameron says he will resign by the time of party conference in the fall after Britain voted to leave the European Union after a bitterly divisive referendum campaign, according to tallies of official results Friday. (Lauren Hurley/PA via AP) 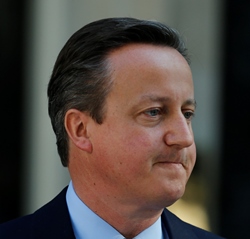 Britain's Prime Minister David Cameron turns away after speaking to the media in front of 10 Downing Street, London, Friday, June, 24, 2016, where he announced he will resign by the time of the Conservative Party conference in the autumn, following the result of the EU referendum, in which the Britain voted to leave the EU. (AP Photo/Alastair Grant)

New prime minister should be in place in October 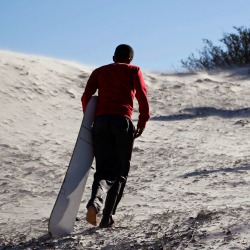 In this photo taken Friday, May 6, 2016, a sandboarder boy walks on a dune at Atlantis area on the outskirts of Cape Town, South Africa. Every Friday afternoon, some South African boys head for the sand dunes that surround Atlantis, a poor area on Cape Town’s outskirts where drug gangs operate and shootings occur regularly. (AP Photo/Schalk van Zuydam)