19 Killed in Attack on Nigerian Church 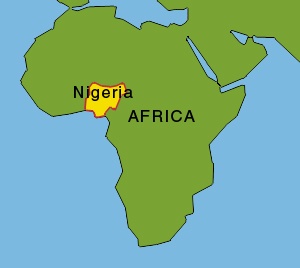 Among the dead was the pastor of the Deeper Life church in Okene, Lt. Col. Gabriel Olorunyomi said.

No one has claimed responsibility, but immediate suspicion fell on the militant Islamic group Boko Haram, which has carried out similar church attacks in the past.

An eyewitness told CNN that the attackers were carrying sophisticated firearms and shot randomly at the members of the congregation gathered for Bible study Monday night. Blood flowed through the church as bodies fell limp, the witness said.

Religious attacks have been on the rise in Nigeria recently. Christian and Muslim militant groups have attacked each other's religious sites, claiming retaliation for prior attacks.

At least three people were killed and 14 were wounded in an explosion at a mosque in Maiduguri last month.

And on June 17, at least 50 people were killed at three churches. Boko Haram claimed responsibility.

"Let them know that now it's the time for revenge God willing," the group said then. "From now on, they either follow the right religion or there will be no peace for them."