The United States is sending a senior envoy to Kyrgyzstan, where ethnic violence has killed at least 700 people and driven an estimated 200,000 people to neighboring Uzbekistan.
The UN Commission for Human Rights says the wave of violence was planned in advance and orchestrated by opponents of the current government. 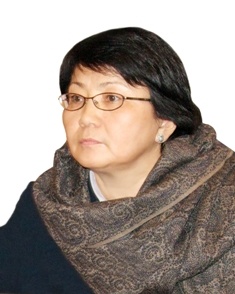 In April, President Kurmanbek Bakiyev was deposed and an interim government led by former foreign minister Roza Otunbayeva took control. Uzbeks generally support the interim government, whereas the Kyrgyz people supported Bakiyev.  Watch The Skanner News Video.
The worst violence took place in the south part of the country where Uzbeks are in the minority. Armed Kyrgyz men burned homes and attacked Uzbeks sending tens of thousands of people fleeing across the border to Uzbekistan in fear of their lives.
Robert Blake, the top U.S. diplomat for south and central Asia, is visiting Uzbekistan and Kyrgyzstan this week to assess the situation and weigh aid requests by Kyrgyzstan. The state department said $6.5 million is immediately available for humanitarian relief.
The Ferghana Valley region of southern Kyrgyzstan has been wracked by days of rioting targeting Uzbeks.
State Department spokesman P.J. Crowley said Blake, who was in Central Asia on a previously scheduled trip, will be in Uzbekistan on Wednesday and Thursday, and Kyrgyzstan on Friday and Saturday.