By The Skanner News
Published: 07 December 2009

Proposed I-5 Bridge Savings Delayed; Toll Meeting Dec. 7
We want more details about proposed changes that could save the bridge project close to a billion dollars. We want more information about the financing and impact of the proposals. The final public meeting regarding tolling options on the multi-billion dollar bridge project will take place Monday, Dec. 7 in Vancouver. The cost-cutting measures would include .… To read the rest of this story click here 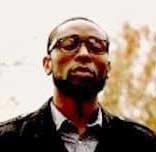 9th Wonder: The Interview
He's a Grammy Award-winning producer, DJ, college lecturer and social activist. Since 198, 9th has been immersed in the music and the culture of the art form, while gaining experience in music theory. In 1998, he, along with Phonte Colerman and Rapper Big Pooh, formed the hip-hop trio Little Brother, which released the critically acclaimed album, "The Listening." 9th then got his big break when he was tapped to produce a track on Jay-Z's "Black Album .… To read the rest of this story click here

One Year Later: Have Things on the Ground Really Changed That Much? By Rev. Al Sharpton
We attempted to rectify our tumultuous and troubling past by electing the first African- American President of the United States. A little over a year later however, I ask, have things on the ground really changed all that much? The Labor Department recently reported a loss of some 11,000 jobs in November, and rejoiced that the unemployment rate fell to 10 percent - down from 10.2 percent in October. President Obama himself just completed a half-day brainstorming .… To read the rest of this story click here

Don't Miss The Skanner News Homepage
The streaming photos and interactive buttons make The Skanner Homepage the key to all the news that affects you .… To see it click here

For all your advertising needs call The Skanner News 503-285-5555 extension 506 or mailto:[email protected]

Order your books, CDs, DVDs, etc., by clicking the Amazon.com ads on The Skanner News website

Please do not reply to this Email, instead mailto:[email protected]