Polls Open in First Round of French Presidential Election 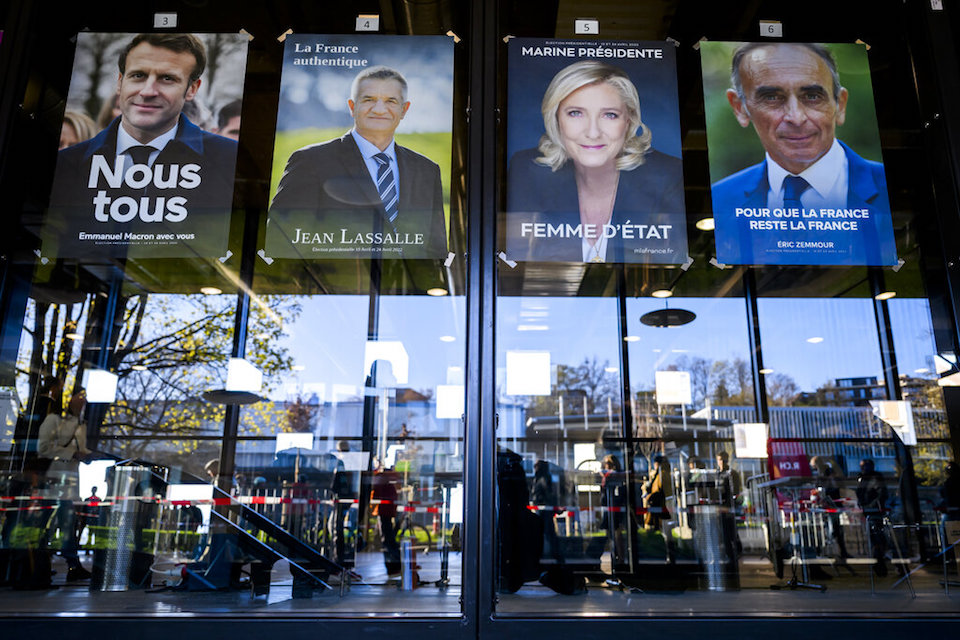 PARIS (AP) — Polls opened across France Sunday for the first round of the country’s presidential election, where up to 48 million eligible voters will be choosing between 12 candidates. President Emmanuel Macron is seeking a second five-year term, with a strong challenge from the far right.

Polls opened at 8 a.m. Sunday and close at 7 p.m. (1700 GMT) in most places and an hour later in some larger cities. France operates a manual system for elections: Voters are obliged to cast ballots in person, ones that will be hand-counted when the voting closes.

Unless someone gets more than half of the nationwide vote, there will be a second and decisive round between the top two candidates on Sunday, April 24.

Bundled up against an April chill, voters lined up to cast ballots at a polling station in southern Paris on Sunday before it opened. Once inside, they placed their paper ballots into envelopes and then into a transparent box, some wearing masks or using hand gel as part of COVID-19 measures.

Aside from Macron, far-right candidate Marine Le Pen and far-left firebrand Jean-Luc Melenchon are among the prominent figures vying to take the presidential Elysee.

Macron, a political centrist, for months looked like a shoo-in to become France’s first president in 20 years to win a second term. But that scenario blurred in the campaign’s closing stages as the pain of inflation and of pump, food and energy prices roared back as dominant election themes for many low-income households.

They could drive many voters Sunday into the arms of far-right leader Marine Le Pen, Macron’s political nemesis.

Macron trounced Le Pen by a landslide to become France’s youngest president in 2017.

The win for the former banker — now 44 — was seen as a victory against populist, nationalist politics, coming in the wake of Donald Trump’s election to the White House and Britain’s vote to leave the European Union, both in 2016.

Far right on the rise across Europe

This election has the potential to reshape France’s post-war identity and indicate whether European populism is ascendant or in decline.

Meanwhile, if Macron wins, it will be seen as a victory for the European Union. Observers say a Macron re-election would spell real likelihood for increased cooperation and investment in European security and defense — especially with a new pro-EU German government.

With war singeing the EU’s eastern edge, French voters will be casting ballots in a presidential election whose outcome will have international implications.

France is the 27-member bloc’s second economy, the only one with a U.N. Security Council veto, and its sole nuclear power. And as Russian President Vladimir Putin carries on with the war in Ukraine, French power will help shape Europe’s response.

Russia’s war in Ukraine has afforded Macron the chance to demonstrate his influence on the international stage and burnish his pro-NATO credentials in election debates. Macron is the only front-runner who supports the alliance while other candidates hold differing views on France’s role within it. Melenchon is among those who want to abandon it altogether, saying it produces nothing but squabbles and instability.

Such a development would deal a huge blow to an alliance built to protect its members in the emerging Cold War 73 years ago.