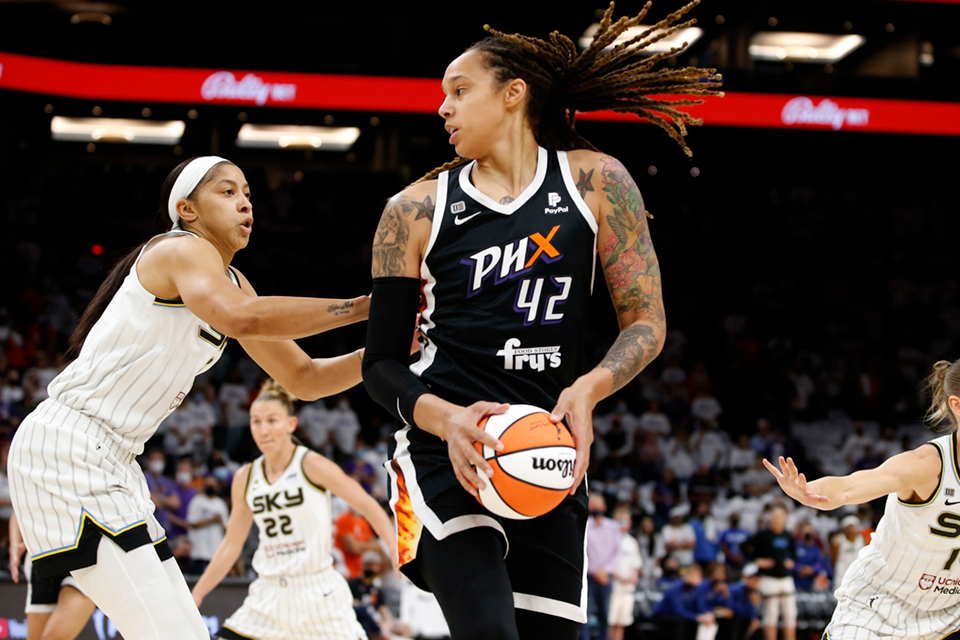 The Russian Customs Service said Saturday that the cartridges were identified as containing oil derived from cannabis, which could carry a maximum penalty of 10 years in prison. The customs service identified the person arrested as a player for the U.S. women's team and did not specify the date of her arrest. Russian media reported the player was Griner, and her agent, Lindsay Kagawa Colas, did not dispute those reports.

“We are aware of the situation with Brittney Griner in Russia and are in close contact with her, her legal representation in Russia, her family, her teams, and the WNBA and NBA,” Kagawa Colas said Saturday. “As this is an ongoing legal matter, we are not able to comment further on the specifics of her case but can confirm that as we work to get her home, her mental and physical health remain our primary concern.”

On Saturday, the State Department issued a “do not travel” advisory for Russia because of its invasion of Ukraine and urged all U.S. citizens to depart immediately, citing factors including “the potential for harassment against U.S. citizens by Russian government security officials” and “the Embassy’s limited ability to assist” Americans in Russia.

Griner, who plays for the WNBA's Phoenix Mercury, has played in Russia for the last seven years in the winter, earning over $1 million per season — more than quadruple her WNBA salary. She last played for her Russian team UMMC Ekaterinburg on Jan. 29 before the league took a two-week break in early February for the FIBA World Cup qualifying tournaments.

More than a dozen WNBA players were playing in Russia and Ukraine this winter, including league MVP Jonquel Jones and Courtney Vandersloot and Allie Quigley of the champion Chicago Sky. The WNBA confirmed Saturday that all players besides Griner had left both countries.

The 31-year-old Griner has won two Olympic gold medals with the U.S., a WNBA championship with the Mercury and a national championship at Baylor. She is a seven-time All-Star.

“Brittney Griner has the WNBA's full support and our main priority is her swift and safe return to the United States,” the league said in a statement.