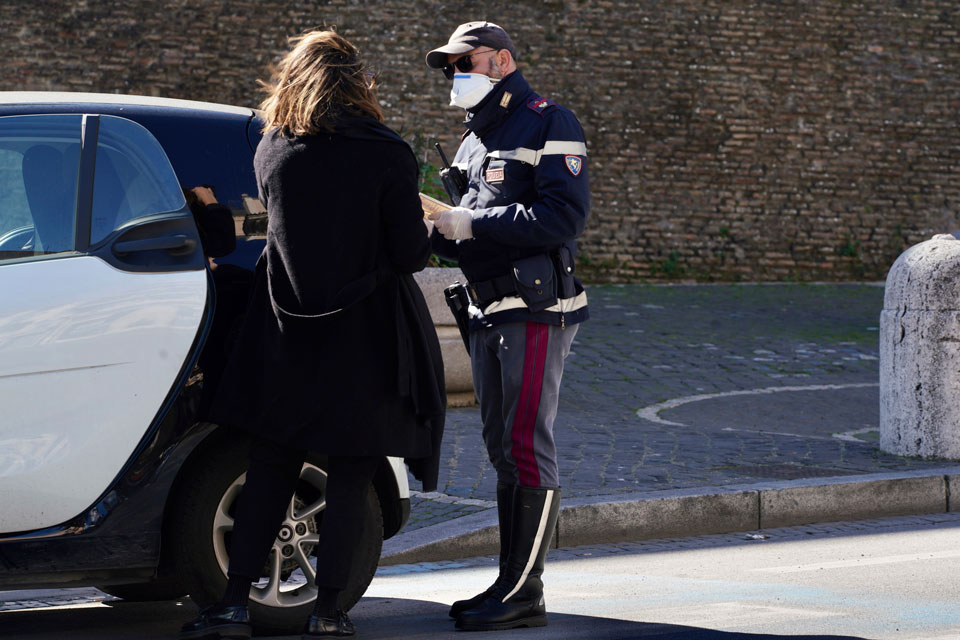 ROME (AP) — Expressing alarm both about mounting infections and slow government responses, the World Health Organization declared Wednesday that the global coronavirus crisis is now a pandemic but also said it's not too late for countries to act.

(from Merriam Webster)By reversing course and using the charged word "pandemic" that it had previously shied away from, the U.N. health agency appeared to want to shock lethargic countries into pulling out all the stops.

"We have called every day for countries to take urgent and aggressive action. We have rung the alarm bell loud and clear," said Tedros Adhanom Ghebreyesus, the WHO chief.

The WHO added that Iran and Italy are the new front lines of the battle against the virus that started in China.

"They're suffering but I guarantee you other countries will be in that situation soon," said Dr. Mike Ryan, the WHO's emergencies chief.

Italy weighed imposing even tighter restrictions on daily life and announced billions in financial relief Wednesday to cushion economic shocks from the coronavirus, its latest efforts to adjust to the fast-evolving health crisis that silenced the usually bustling heart of the Catholic faith, St. Peter's Square. 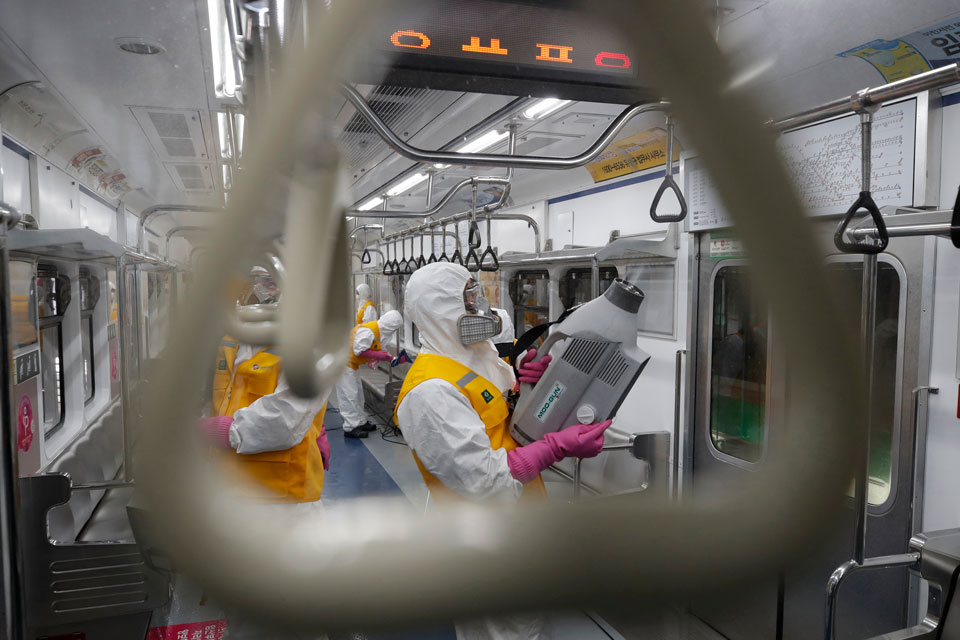 Workers wearing protective gears disinfect as a precaution against the new coronavirus at a subway car depot in Seoul, South Korea, Wednesday, March 11, 2020. (AP Photo/Lee Jin-man)In Iran, by far the hardest-hit country in the Middle East, the senior vice president and two other Cabinet ministers were reported to have been diagnosed with COVID-19, the illness caused by the virus. Iran reported another jump in deaths, by 62 to 354 — behind only China and Italy. 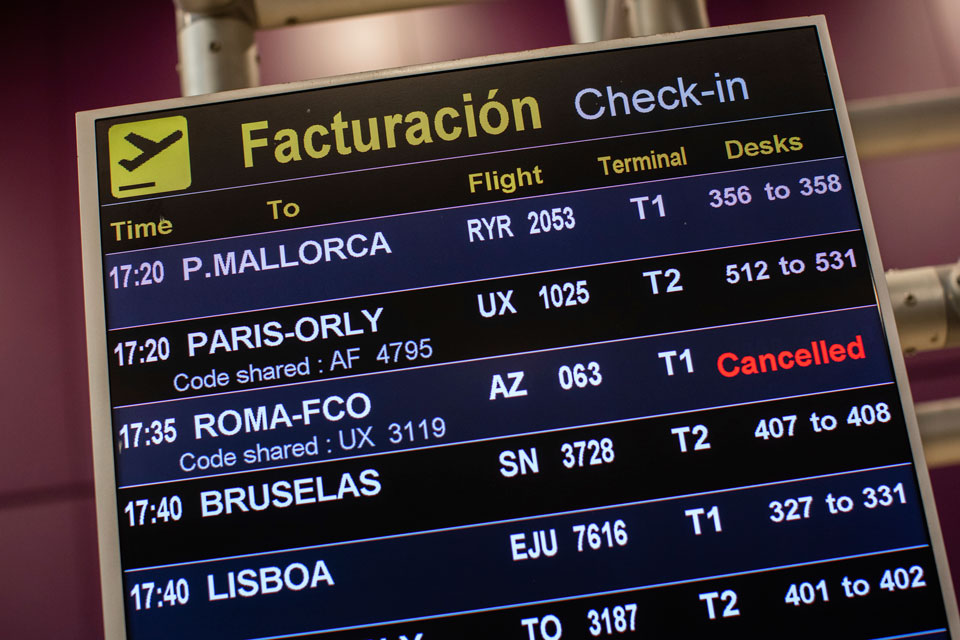 An informative flight pannel at Adolfo Suarez-Barajas international airport shows the cancelation of the Alitalia AZ63 flight from Madrid to Rome, on the outskirts of Madrid, Spain, Wednesday, March 11, 2020. Spanish authorities closed schools and halted direct flights to and from Italy. Italy is the country with most coronavirus cases in Europe, and Spain this week reported a sharp increase in cases. (AP Photo/Bernat Armangue)In Italy, Premier Giuseppe Conte said he would consider requests from Lombardy, Italy's hardest-hit region, to toughen the already extraordinary anti-virus lockdown that was extended nationwide Tuesday. Lombardy wants to shut down nonessential businesses and reduce public transportation.

These additional measures would be on top of travel and social restrictions that imposed an eerie hush on cities and towns across the country from Tuesday. Police enforced rules that customers stay 1 meter (3 feet) apart and ensured that businesses closed by 6 p.m.

Milan shopkeeper Claudia Sabbatini said she favored stricter measures. Rather than run the risk of customers possibly infecting each other in her children's clothing store, she decided to close it.

"I cannot have people standing at a distance. Children must try on the clothes. We have to know if they will fit,'' she said.

Conte said fighting Italy's more than 10,000 infections — the biggest outbreak outside of China — must not come at the expense of civil liberties. His caution suggested that Italy is unlikely to adopt the draconian quarantine measures that helped China push down new infections from thousands per day to a trickle now and allowed its manufacturers to restart production lines. 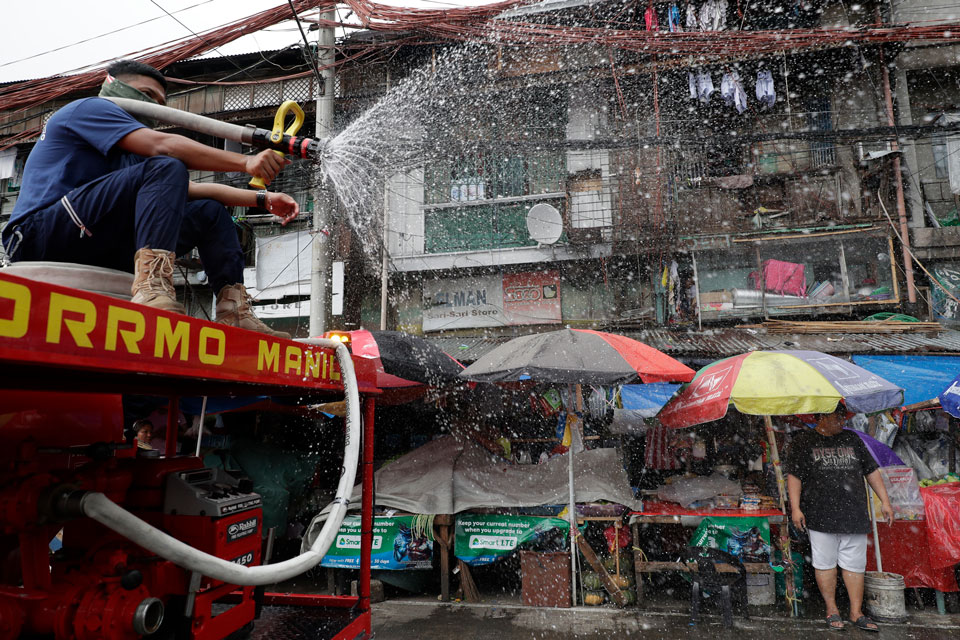 A fireman sprays disinfectant along a road in Manila, Philippines on Wednesday, March 11, 2020. (AP Photo/Aaron Favila)China's new worry is that the coronavirus could re-enter from abroad. Beijing's city government announced that all overseas visitors will be quarantined for 14 days. Of 24 new cases that China reported Wednesday, five arrived from Italy and one from the United States. China has had over 81,000 virus infections and over 3,000 deaths.

Most recover in two weeks

For most, the coronavirus causes only mild or moderate symptoms, such as fever and cough. But for a few, especially older adults and people with existing health problems, it can cause more severe illnesses, including pneumonia. More than 121,000 people have been infected worldwide and over 4,300 have died.

But the vast majority of people recover. According to the World Health Organization, people with mild illness recover in about two weeks, while those with more severe illness may take three to six weeks to recover.

In the Mideast, the vast majority of the nearly 10,000 cases are in Iran or involve people who traveled there. Iran announced another increase in cases Wednesday to 9,000. Iran's semiofficial Fars news agency said they include Vice President Eshaq Jahangiri, who had not been seen in photos of recent top-level meetings. Fars said Iran's ministers for cultural heritage, handcrafts and tourism, and for industry, mines and business were also infected.

Cases in Qatar jumped from 24 to 262. Kuwait announced a two-week shutdown of the country.

The virus is affecting the global economy

For the global economy, virus repercussions were profound, with increasing concerns of wealth- and job-wrecking recessions. U.S. stocks sank again in early trading Wednesday, wiping out most of a huge rally from a day earlier as Wall Street continues to reel from worries about the coronavirus.

The Wall Street plunge followed a steep decline by markets across Asia, where governments there and elsewhere have announced billions of dollars in stimulus funds, including packages revealed in Japan on Tuesday and Australia on Wednesday.

Britain's government announced a 30 billion-pound ($39 billion) economic stimulus package and the Bank of England slashed its key interest rate by half a percentage point to 0.25%.

Normal life was increasingly being upended. 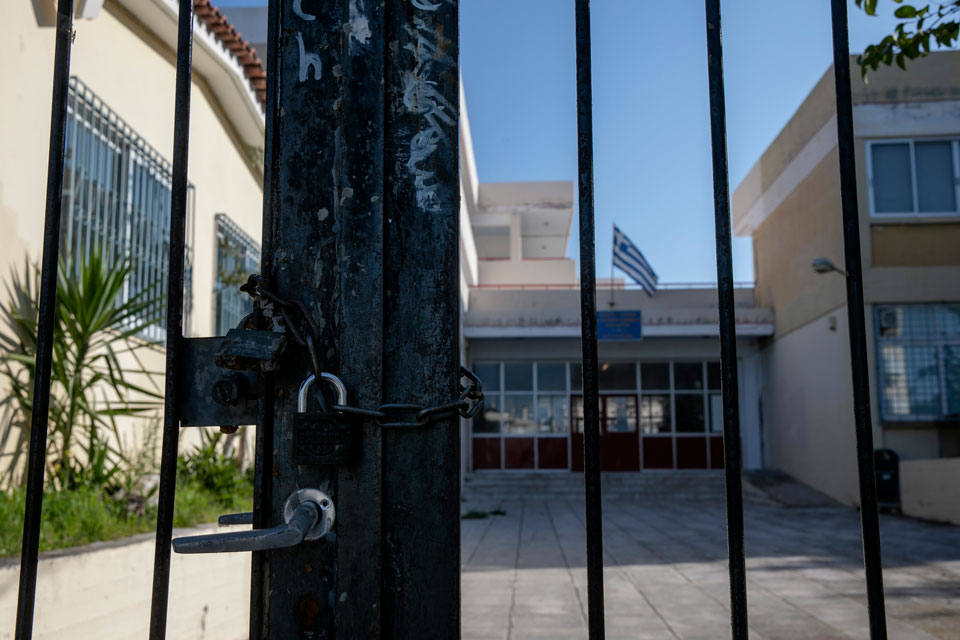 A Greek flag flies on the roof of a closed school in a suburb of Athens, Wednesday, March 11, 2020. Greece's government announced on Tuesday all private and state-run schools, universities, kindergartens to shut for 14 days to prevent spread of coronavirus. (AP Photo/Yorgos Karahalis)With police barring access to St. Peter's Square, emptying it of tens of thousands of people who usually come on Wednesdays for the weekly papal address, Pope Francis instead live-streamed prayers from the privacy of his Vatican library.

In France, the government's weekly Cabinet meeting was moved to a bigger room so President Emmanuel Macron and his ministers could sit at least 1 meter (more than 3 feet) apart.

Athletes who usually thrive on crowds grew increasingly wary of them. Spanish soccer club Getafe said it wouldn't travel to Italy to play Inter Milan, preferring to forfeit their Europa League match rather than risk infections.

Olympic champion skier Mikaela Shiffrin said she would be limiting contact with fans and fellow competitors, tweeting that "this means no selfies, autographs, hugs, high fives, handshakes or kiss greetings."

In the U.S., the caseload passed 1,000, and outbreaks on both sides of the country stirred alarm.

Former U.S. Vice President Joe Biden and Sen. Bernie Sanders, who are vying to take on President Donald Trump in the presidential election, abruptly canceled rallies Tuesday and left open the possibility that future campaign events could be impacted, too. Trump's campaign insisted it would proceed as normal, although Vice President Mike Pence conceded future rallies would be evaluated "on a day to day basis."

In Europe, deaths soared among Italy's aging population. Authorities said Italy has suffered 631 deaths, with an increase of 168 fatalities recorded Tuesday. In Spain, the number of cases surged past the 2,000-mark on Wednesday. Belgium, Bulgaria, Sweden, Albania and Ireland all announced their first virus-related deaths.

"If you want to be blunt, Europe is the new China," said Robert Redfield, the head of the U.S. Centers for Disease Control and Prevention.

Also sounding the alarm at a Congressional hearing in Washington was Dr. Anthony Fauci, director of the National Institute of Allergy and Infectious Diseases.

"Bottom line, it's going to get worse," he said.

In Germany, Chancellor Angela Merkel said that if the virus is not halted by vaccines and cures, up to 70% of the country's 83 million people could ultimately become infected, citing estimates that epidemiologists have been putting forward for several weeks. Germany has some 1,300 confirmed infection. Merkel's comments fit a pattern of government officials using sobering warnings to try to get people to protect themselves, most notably by washing their hands and not gathering in large numbers.

Dozens of cases have been tied to a conference in Boston, and leaders in multiple states were announcing curbs on large events. Colleges emptied their classrooms as they moved to online instruction and uncertainty surrounded the upcoming opening of the major league baseball season and college basketball's championships. Even the famed buffets of Las Vegas were affected, with some of the Strip's biggest being closed as a precaution.

"It's terrifying," said Silvana Gomez, a student at Harvard University, where undergraduates were told to leave campus by Sunday. "I'm definitely very scared right now about what the next couple days, the next couple weeks look like."