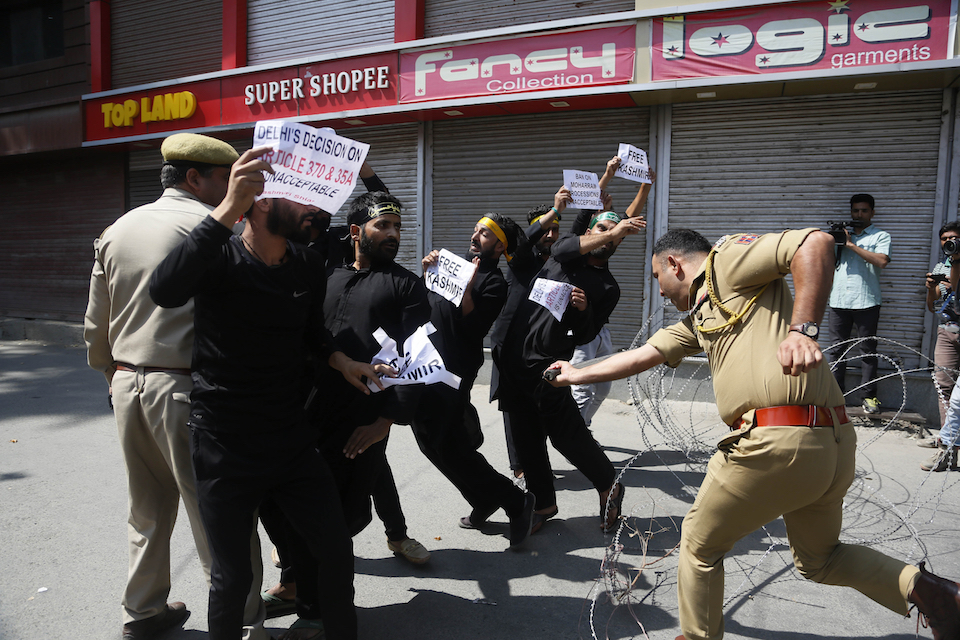 UNITED NATIONS (AP) — The planet is heating. Island nations are slipping away. A Pakistan-India nuclear war could be a "bloodbath." Governments aren't working together like they used to. Polarization is tearing us apart. Killing. Migration. Poverty. Corruption. Inequality. Sovereignty violations. Helplessness. Hopelessness.

"The problems of our times are extraordinary," Ibraham Mohamed Solih, president of the Maldives, an Indian Ocean island nation threatened by the rising waters of climate change, said at the U.N. General Assembly last week.

There are those mornings when you come into work and everyone seems cranky. That's how it felt at the United Nations this past week during the annual gathering of world leaders. Speech after gloomy speech by leaders from all corners of the planet pointed toward one bleaker-than-thou conclusion: Humanity clearly needs a spa day.

The United Nations was founded in an optimistic fervor after World War II's devastation, on the notion that a cooperative body of countries could construct a brighter future by learning to get along.

Though that hope remains a fundamental underpinning, the actual tenor these days seems to set a lower bar: Try to mitigate climate Armageddon, and prevent some of its 193 member nations' diligent attempts to undermine and sometimes destroy each other.

So words like "existential threat" were as much a part of the leader-speech landscape this past week as the usual references to "this august body."

"We are living in times when the magnitude and number of lasting crises is constantly increasing," said Igor Dodon, Moldova's president. "We have had enough wars. We don't want new wars," said Iraqi President Barham Salih, who would certainly know. And from Roch Marc Christian Kabore, president of Burkina Faso, came this understatement: "International news has been marked by tension." 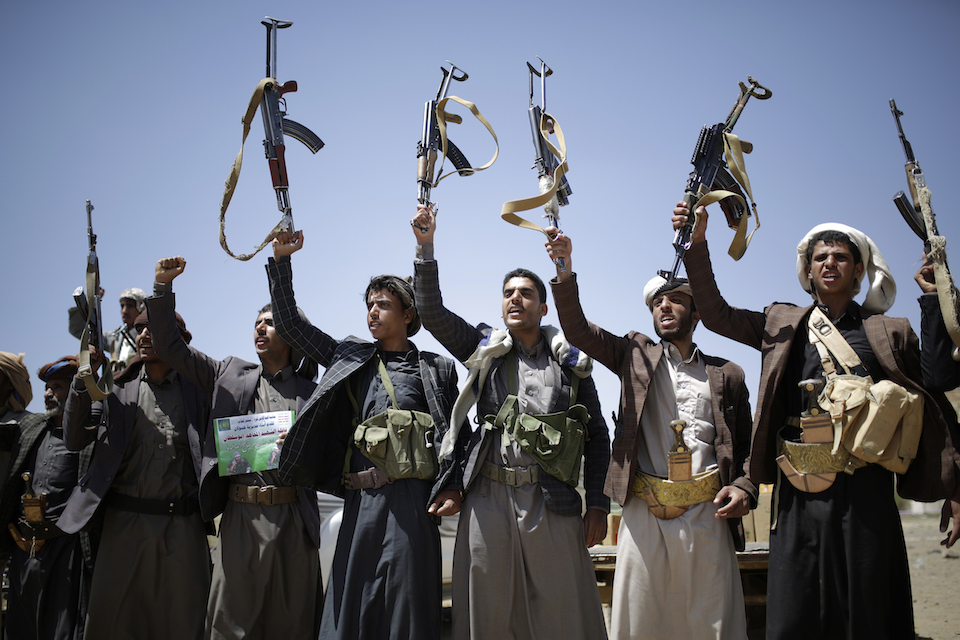 Shiite Houthi tribesmen hold their weapons as they chant slogans during a tribal gathering showing support for the Houthi movement, in Sanaa, Yemen, Sept. 21, 2019. Yemen's Houthi rebels said late Friday night that they were halting drone and missile attacks against Saudi Arabia, one week after they claimed responsibility for a strike that crippled a key oil facility in the kingdom. (AP Photo/Hani Mohammed)

Some of this is pure rhetoric. If you're a nation of the world and you want something — money, troops, action, understanding — you must lay out a problem so you can propose the solution or, at least, persuade your compatriots that a solution is necessary.

So leaders and diplomats bring a lot of problems to the U.N. this time of year, hoping to leverage a global stage — and a rare one, if you're a smaller member of the community of nations.

Climate change was a central part of that. A U.N. decision to really place the topic front and center produced both a youth climate summit and a full-on event the day before leaders' addresses started. Many nations answered the call to sound an alarm potent enough to get collectively noticed.

Yet even given that context, it felt as if a lot more hopelessness than usual was kicking around. The U.N. secretary-general, Antonio Guterres, kicked it off Tuesday in opening the proceedings, painting a bleak picture of this micromoment in human history.

"We are living in a world of disquiet," Guterres said.

Yet is this all that different from before? There have been many moments during the United Nations' 74-year history when we've been on the brink with politics, brinkmanship, displaced people, epidemics, possible nuclear war. Chaos has always reigned, right?

Not quite like this. The speakers' agenda Saturday was stocked with island nations from around the world who are, as so many of them said, on the front lines of climate change. To them, it's not merely melting glaciers or species dieoffs; it's amped-up hurricanes that could wipe them away and rising ocean waters that could slowly turn them into underwater ghosts.

So that mood? They're feeling it particularly acutely.

"There is only one common homeland and one human race. There is no Planet B or viable alternative planet on which to live," said Gaston Browne, the prime minister of Antigua and Barbuda, an island nation in the Caribbean.

But other nations addressing the U.N. General Assembly were hardly sanguine about where we are as a civilization. Two of the biggest, China and Russia, were just as blunt about assessing the global landscape they saw before them.

"The number of conflicts on the planet has not declined and enmity has not weakened," said his Russian counterpart, Sergey Lavrov. "It is getting harder to address these and many other challenges from year to year. The fragmentation of international community is only increasing."

As is tradition with the U.N., leaders did bring solutions to propose, from the thematic (reduce the "deficit of trust") to highly specific (overhaul the Security Council to increase Africa's permanent representation).

Perhaps the most common was a renewed call for a full-throated embrace of multilateralism, which many nations — particularly smaller ones with less global oomph — see as their only salvation. 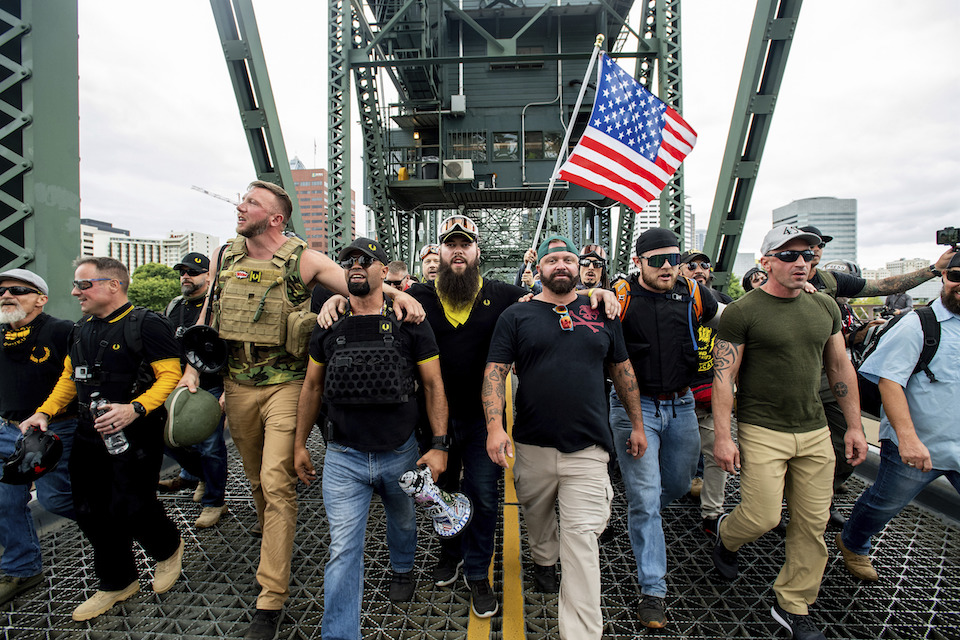 This is particularly true in an era where a growing number of high-profile leaders — prime examples include U.S. President Donald Trump and British Prime Minister Boris Johnson — are pivoting toward more unilateral approaches to the world.

"The 2020s could be remembered in history as a turning point, or as the moment when multilateralism lost its way," Rwandan President Paul Kagame said.

The United Nations is often criticized for talking a lot and not getting much done. But when it comes to eloquent talk, particularly about the future, it has always been one of the strongest players on the field.

So of course there were gems of optimism that shone among the muck — about the U.N.'s ability to shape that brighter future, about the potential for sublimating conflict in projects and agreements and resolutions and peacekeeping.

"I do not believe any more in pessimism. It's too easy," French President Emmanuel Macron said.

Good words, and that's where ideas begin. Still, coming off a week of oratorical despondency from some of the smartest, most informed, most powerful people on Earth, you have to wonder: If the United Nations isn't the place for optimism about a prosperous shared future, maybe it's time to really start worrying.