Tee off at the Cathedral: House of Worship Adds Mini-Golf 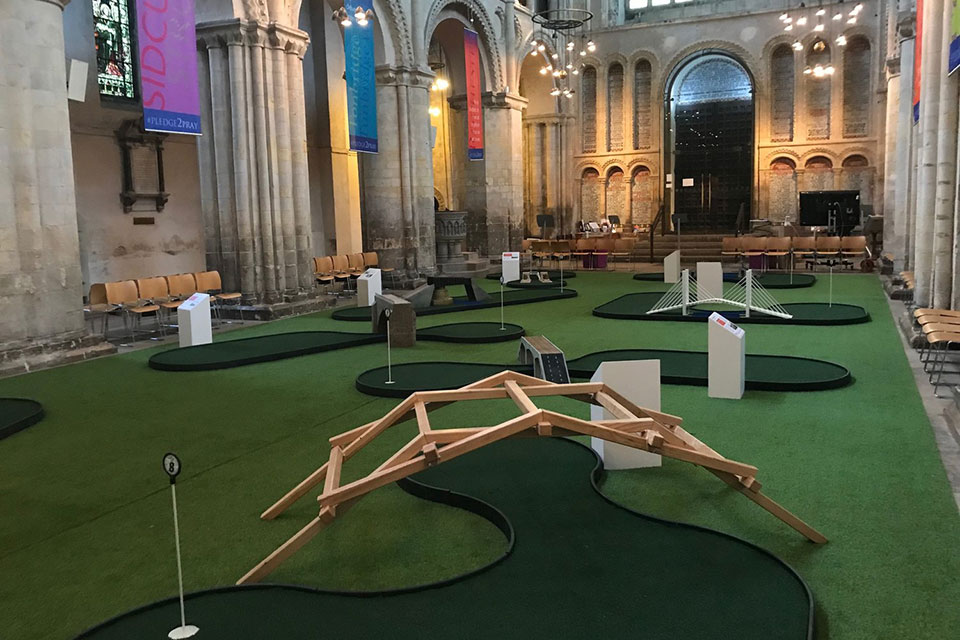 LONDON (AP) — Putts are joining prayers at Britain's Rochester Cathedral, where a mini-golf course has been installed inside the medieval house of worship.

The course runs along the central nave and features nine holes designed like bridges. It's intended to teach young people about engineering and also has spiritual overtones.

Rev. Rachel Phillips, the cathedral's Canon for Mission and Growth, said it's hoped "visitors will reflect on the bridges that need to be built in their own lives and in our world today."

The course is open throughout August, though not when services are held.

Not everyone is thrilled with the addition to the cathedral 30 miles (50 kilometers) southeast of London, parts of which are almost 1,000 years old.

Anglican priest Giles Fraser tweeted that "what people want from the church is the sort of moral and spiritual seriousness they can't get elsewhere. Not this."

But the cathedral's Canon Matthew Rushton said the Archbishop of Canterbury Justin Welby, head of the Church of England, had told clergy that "if you don't know how to have fun in cathedrals then you're not doing your job properly."

Rochester is not the only British cathedral to experiment with unorthodox attractions. Norwich Cathedral in eastern England is setting up a helter-skelter fairground ride to help visitors "see themselves, the building and God differently."