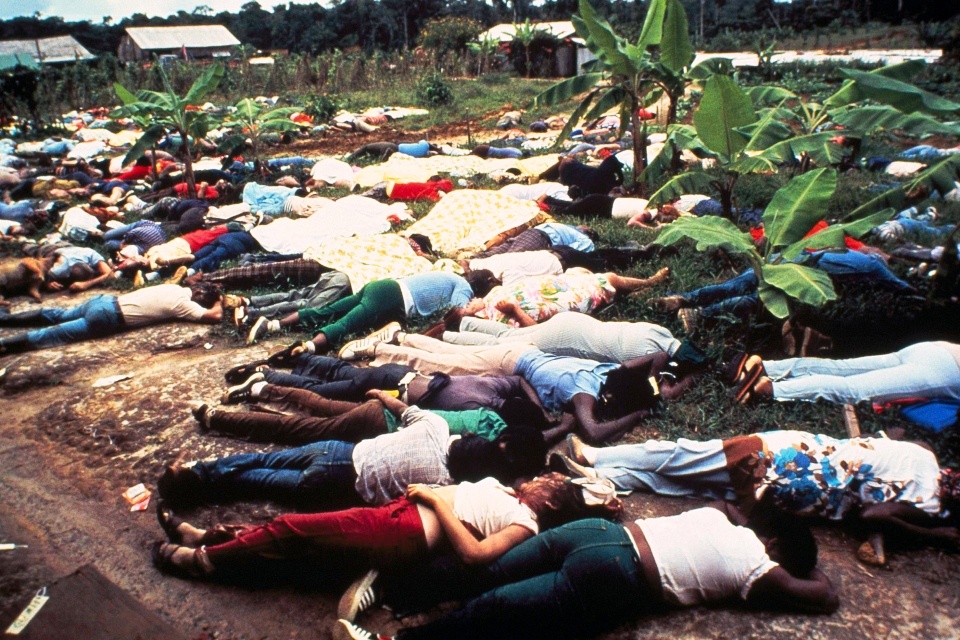 The church building at 1859 Geary Street in San Francisco was in its earlier days festive, vibrant and joyous. Like a cultural hub, there was often plenty of dancing, entertainment; even skits, plays; lots of food and toys for the children. But, this Sunday morning was different. 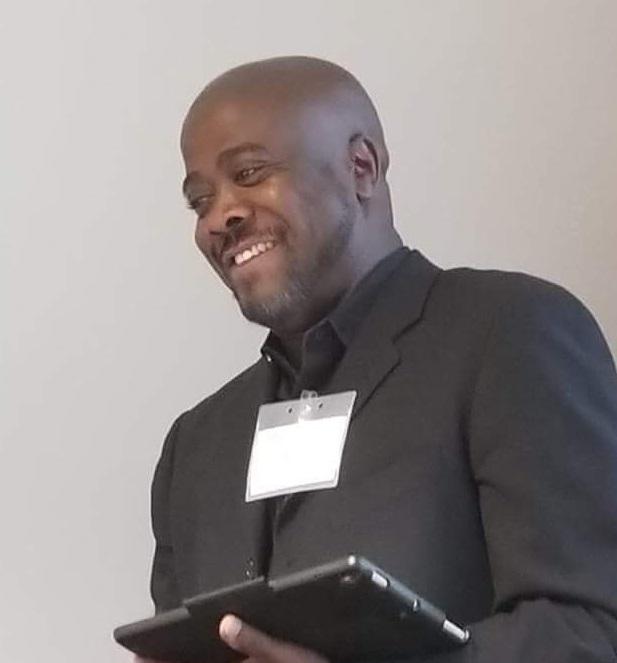 Ed Norwood"There was an eerie type of feeling in the air. It wasn't the same," recalled Ed Norwood, who was then only about 7 years old. "It was very dark. It wasn't as vibrant. It wasn't as joyous. And shortly after, some of the members began to create a boxing ring in the pulpit." He recalls how they then "placed a 5-year-old boy in one corner with boxing gloves. And they placed an 8-year-old boy in another corner. And I guess the 5-year-old was a bit mischievous and by accident had caused a young girl's leg to be broken at school."

Norwood continued, "Jim, he was a punisher and an inflictor of fear. In this particular scenario, he allowed this 8-year-old to pound this 5-year-old boy for about three rounds until he was unconscious. That's probably one of the most vivid memories that I actually have in terms of what took place at Jonestown."

Ed's mother, Jynona Norwood, had begun to have bad dreams, nightmares and visions about a massacre for years. A traveling evangelist, she warned people - including her family - about the impending tragedy that she is convinced - even today - that God showed her before it happened. "

There were times Jynona would awake screaming in the night from the force of terrifying visions of danger that lie ahead for those planning to follow Jones," wrote noted journalist and author Dr. Barbara Reynolds. "The visions of death were made even more awful because in reality, there were so many people telling her to stay silent and not come against such a powerful man as Jones."

Ed Norwood, then 8 years old, had been rescued and hidden by his mother, who was convinced of the impending massacre. "I remember her coming and pulling me out of the Temple. She had one arm pulling and my family and the members of the Jones congregation are just pulling. This tug of war, this kid. She finally takes me. We go around the corner to get a sweet potato pie to go home, but all I can remember is the struggle - one side trying to keep me in. The other side trying to pull me out."

Forty years later, Ed, now 48 and also an ordained minister, vividly recalls yet another physical struggle as his mother tried to stop her mother, his grandmother, from leaving. "I remember her walking painfully to her room, following her close behind while hugging her tightly. She pulls a suitcase out and she begins to pack it to leave to a place she thought was better than America. And I never saw her again."

In a little more than a year after the child's beating in the boxing ring, the world would witness the full result of the seduction by Jim Jones.

On news broadcasts around the world on November 18, 1978, people saw the horrific mounds of more than 900 bloated dead bodies of men, women and children in the deep jungle of Jonestown, Guyana, where Jim Jones had seduced and led much of his congregation to what they thought would be a utopia.

The dead included 27 of Norwood's relatives, including her mother and at least 17 children. Ed never learned the fate of either boy in the boxing ring. These children, some of whom Ed remembers as playmates - are among those to be honored on Sunday, Nov. 18, the 40th anniversary of the Jonestown massacre. The dedication will be held at 11:00 a.m. (PST) at the Evergreen Cemetery in Oakland, Calif.

Dr. Jynona NorwoodAfter years of fundraising and working to build a wall to memorialize the innocent child victims of the Jonestown massacre, Dr. Norwood has finally achieved her dream. "I've had every opposition in the world on this wall - and finally we got it done," she says.

But the moment is only bittersweet for it is just a partial victory. In that same cemetery, Jim Jones' name is listed alongside the victims on top of the mass grave in which 305 children are buried. Therefore, after the ceremony at Evergreen Cemetery is over on Sunday, the wall will be removed.

"It's a portable wall. We can't even leave it there because Jim Jones is honored there," Dr. Norwood describes. "Those children's sacred final resting place is no longer sacred as long as Jim Jones' name is there."

Her son puts it this way:

"The memorial that's there now, it currently carries the name of Jim Jones. For us, we've always felt that was a dishonor to the people who died in Jonestown."

The late civil rights icon Dick Gregory was among the high profiled advocates who were outraged by the Jonestown victims sharing the memorial space with Jim Jones.

While the deaths were widely reported as a mass suicide from cyanide-laced Flavor Aide, many of the factual details remain mysteries. Many were reportedly forced to drink the punch at gunpoint. Dr. Leslie Mootoo, Guyana's chief pathologist, said the majority of the bodies had puncture wounds between their shoulder blades from the needles.

U. S. Rep. Leo Ryan, the only congressman believed to be assassinated in the line of duty, was among five who were shot and killed at the Port Kaituma airstrip as they tried to leave Guyana after checking on reports that people were being held against their will. The messages of those preparing to speak at the 40th Anniversary Memorial Service will no doubt carry visionary force. 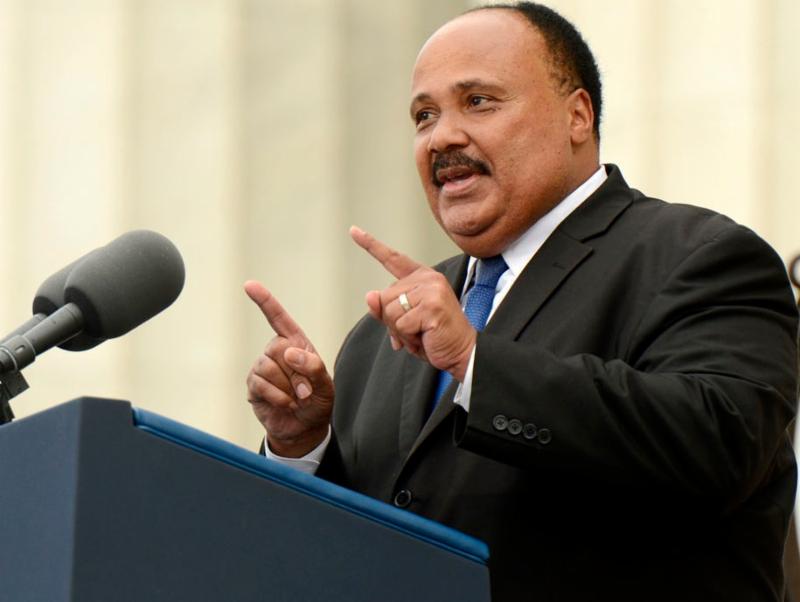 Dr. E. Faye Williams, national chair of the National Congress of Black Women, another speaker at the event, also reflects on the tragedy of the dead children. "The job of adults is to protect our children. Since that did not happen with these children, the least we can do is memorialize them in the hope that such a thing could never happen again. The lesson learned from the Jonestown tragedy is to be careful of who you follow no matter what they promise."

She also wants to raise public awareness about the depth of deception by Jim Jones. "The public at large believes that these were a bunch of dumb people who followed Jim Jones and willfully murdered their children. Firstly, they did not know they were in a cult. Nobody gets up and says, 'Today I'm going to join a cult.' They joined a church that ended up being a cult."

She continued, "The survivors that I spoke to that escaped said they could hear the gunshots as they were running through the jungle. I think it's important that we never forget the innocent children who lost their lives at Jonestown. But even the adults were only there because they believed the lies of Jim Jones."

For anyone who lost a loved one in Jonestown and would like to share that loved one's personal story or for more information, please contact the Committee for the Official Jonestown Memorial Services and Cherishing the Children Memorial Wall (Est. 1979) at www.jones-town.org.