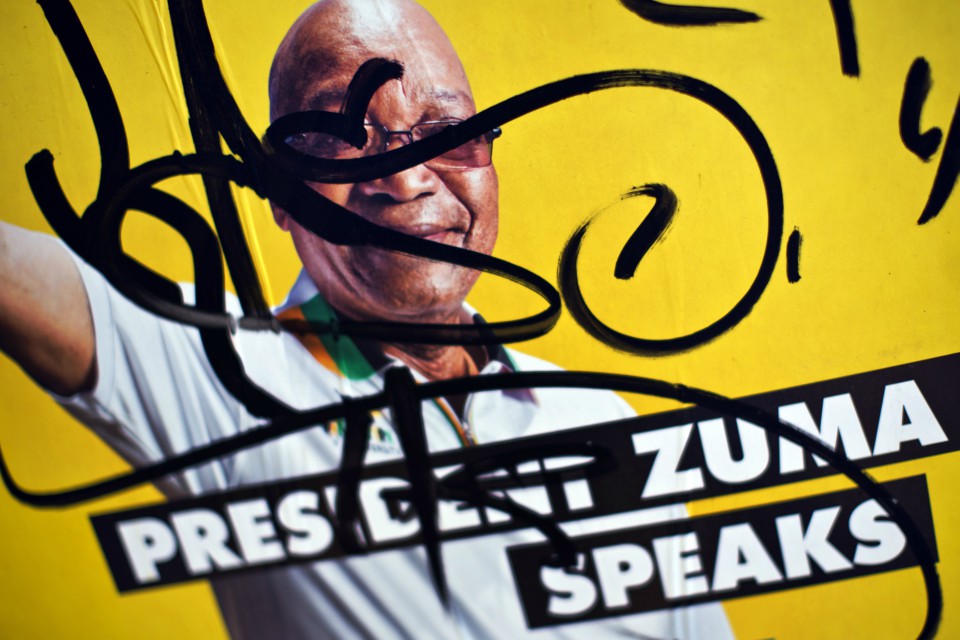 JOHANNESBURG (AP) — South Africa's ruling party on Tuesday disowned President Jacob Zuma after sticking with him through years of scandals, ordering him to resign in an attempt to resolve a leadership crisis that has disrupted government business in one of Africa's biggest economies.

The announcement by the African National Congress did not immediately end the protracted turmoil in a party that was the main movement against white minority rule and has led South Africa since apartheid ended in 1994. If the politically isolated president defies the party's order, the matter could go to parliament for a motion of no confidence that would further embarrass the party once led by Nelson Mandela.

Ace Magashule, the ANC's secretary-general, said he expected Zuma to reply to the directive on Wednesday. Another senior party official suggested that Zuma would be unwise to flout the edict of the party, which is eager to recover from internal disarray ahead of 2019 elections.

"A disciplined cadre of the ANC, you are given a chance to resign on your own, but if you lack discipline you will resist," party chairman Gwede Mantashe said at a provincial rally, according to South African media.

Business leaders welcomed the ANC's decision to recall Zuma, saying the country needs to focus on economic growth and address social problems such as unemployment.

ANC leaders must act "swiftly, but constitutionally" to remove Zuma so the "work of recovering our future, which was imperiled by his ruinous regime — characterized by incompetence, corruption, state capture and low economic growth — can begin in earnest," said Bonang Mohale, CEO of Business Leadership South Africa, a group that promotes development.

"State capture" is a term used in South Africa to describe the alleged looting of state enterprises by associates of Zuma, who denies any wrongdoing.

A judicial commission is about to start a probe of those allegations. Separately, Zuma could face corruption charges tied to an arms deal two decades ago.

The main opposition party, the Democratic Alliance, said Tuesday that it had been informed by the chief prosecutor that his team will provide its recommendation on Feb. 23 about whether to prosecute Zuma on the old charges. The charges had been thrown out but the opposition fought successfully to get them reinstated.

In another scandal, South Africa's top court ruled in 2016 that Zuma violated the constitution following an investigation of multi-million-dollar upgrades to his private home using state money.

"We are determined to restore the integrity of the public institutions, create political stability and urgent economic recovery," said Magashule, once a staunch supporter of Zuma.

The ANC secretary-general spoke respectfully of Zuma, saying he had "not been found guilty by any court of law" and that the decision to recall him was not taken because he had done "anything wrong."

Zuma had agreed to resign and wanted to stay in office for several more months, but the national executive committee decided at a 13-hour meeting that he had to leave at once, Magashule said.

The ANC said it wants Zuma to be replaced by Deputy President Cyril Ramaphosa, who was elected party leader in December and has vowed to fight corruption.

Zuma, who took office in 2009 and is in his second five-year term, has not made any public appearances in recent days.

Government leaders hope the standoff can be resolved ahead of the unveiling of the national budget in parliament on Feb. 21, which would go some way toward reassuring investors that the country is getting back on track. Zuma did not give the state of the nation address last week because of the political crisis, and a regular Cabinet meeting scheduled for Wednesday has been postponed.

A motion of no confidence sponsored by an opposition party, the Economic Freedom Fighters, has been scheduled for Feb. 22 in parliament. Opposition parties want the vote moved up to this week and then want parliament to be dissolved so that early elections can be held.

Zuma has survived similar motions in the past, but ruling party members now see him as a political liability ahead of next year's elections and likely would vote against him on the orders of the party leadership.