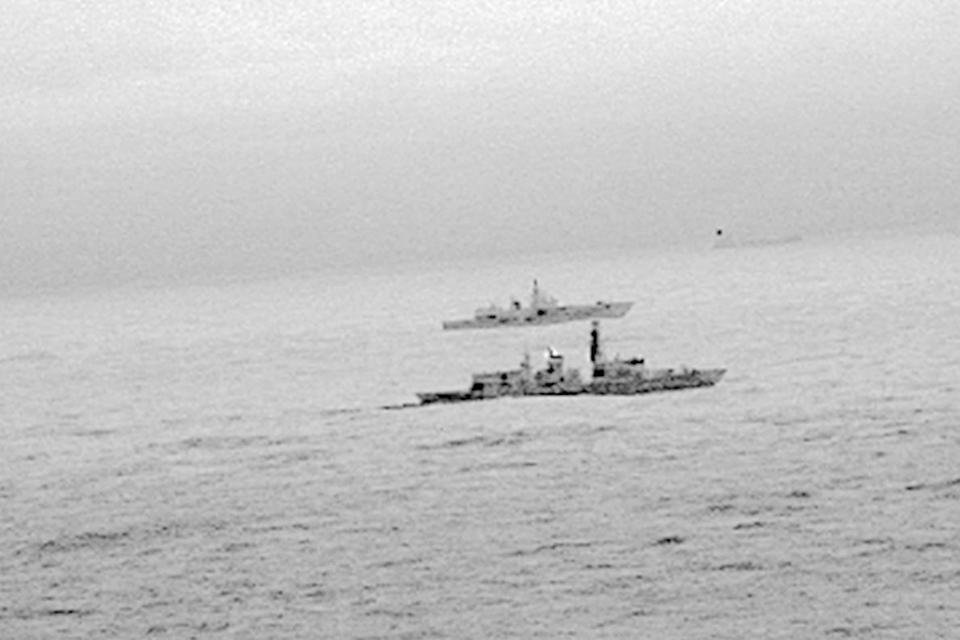 LONDON (AP) — Britain's Royal Navy has escorted one of Russia's warships through the North Sea near U.K. waters, officials said Tuesday, amid increasing tensions between the two countries.

The HMS St. Albans with 190 sailors on board was used to escort the Russian Admiral Gorshkov frigate on Monday through what British officials called "areas of national interest" on Christmas Day.

In addition, a Royal Navy helicopter was used to track other Russian vessels in the area.

The navy said there has been a recent surge in Russian vessels traveling near U.K. waters. Officials said that on Christmas Eve, a navy vessel was used to escort a Russian intelligence-gathering ship through the North Sea and English Channel.

"Britain will never be intimidated when it comes to protecting our country, our people and our national interests," he said Tuesday.

There has also been an increase in recent years of Russian fighter planes testing NATO and British air defenses, leading to jets being scrambled to keep Russian fighters away.

The incidents at sea follow a difficult visit to Moscow by Foreign Secretary Boris Johnson just before Christmas. Johnson and Russian Foreign Minister Sergey Lavrov disagreed on a number of policy points, reflecting increasing tensions between Britain and Russia.

Johnson accused Russia of meddling in Britain's internal affairs but said there were still areas in which the two countries could work together.

British officials warned this month that Russian ships may cut undersea internet cables in a bid to disrupt communications and commerce.