Syria: Civilians Forced to be Human Shields for Islamic State 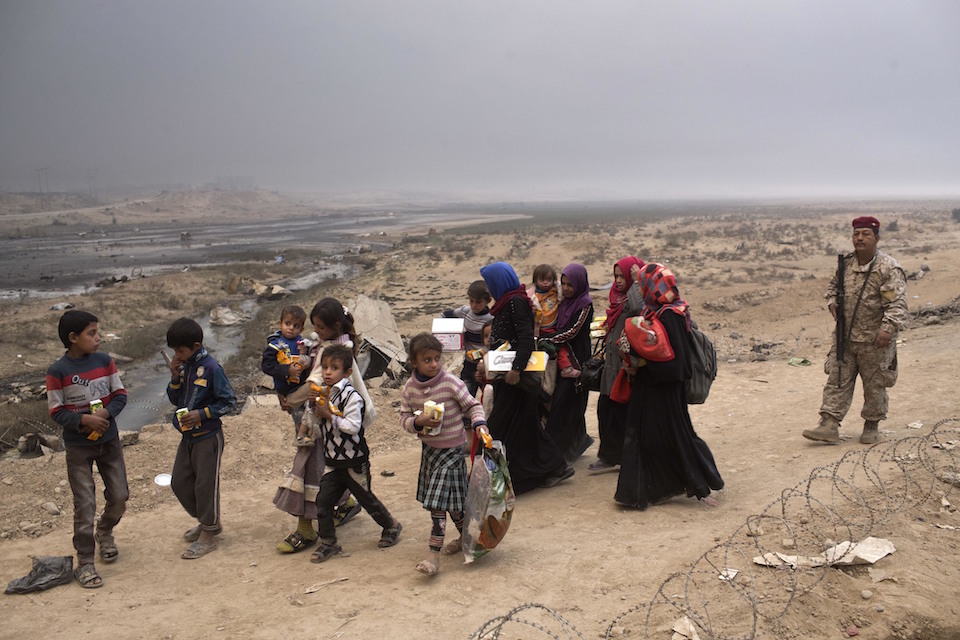 BERLIN (AP) — The Islamic State group appears to be using tens of thousands of civilians in and around Mosul as "human shields," the United Nations' human rights office said Friday.

The office also has received reports of over 200 people being killed for refusing to comply with IS orders or for previously belonging to Iraqi security forces, spokeswoman Ravina Shamdasani said in Geneva.

"Credible reports" suggest that IS has been forcing tens of thousands from their homes in districts around Mosul since a massive operation to drive the militants from the city began last week, Shamdasani said, with other civilians being relocated within the city itself.

"ISIL's depraved, cowardly strategy is to attempt to use the presence of civilian hostages to render certain points, areas or military forces immune from military operations, effectively using tens of thousands of women, men and children as human shields," Shamdasani said, using another acronym for the group.

The militants apparently are collecting people from the outskirts of Mosul and pushing them into the city "to be able to keep them close to military installations, close to their offices," she said.

"Many of those who refused to comply were shot on the spot, and even among those who did comply, many of them — including 190 former ISF officers and 42 other civilians — were shot dead," Shamdasani added.

The officers, who had been brought from a district south of the city, were killed at a military base in Mosul while the civilians were shot in the Hamam al-Alil district for refusing to join IS.

Those killings reportedly happened on Wednesday, and another 24 former officers with the Iraqi security forces were reportedly killed on Tuesday.
Shamdasani said that the reports "have been corroborated to the extent possible."