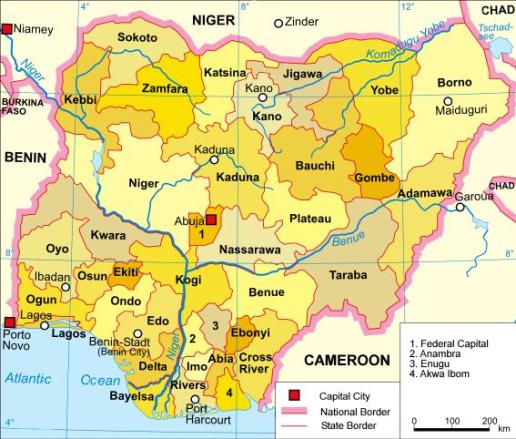 It said the law's disregard for human rights mirrors that of the military dictators who ruled Africa's most populous nation until 1999.

Nigerian human rights defenders say they fear further persecution of gay people under the law in a notoriously corrupt country where police are known to make arrests to extort money and blackmail victims.

“With the stroke of a pen, President (Goodluck) Jonathan has essentially turned Nigeria into one of the world's least tolerant societies,” London-based Amnesty International said in a statement calling for the law to be withdrawn without delay.

The Associated Press reported Tuesday that 38 people had been arrested in the northern state of Bauchi since Christmas, and some have been charged in court with belonging to a gay organization.

Amnesty said 10 people have been detained since Monday in four southern states.

It said police in Bauchi have confirmed they have a list of suspects of minority sexual orientation who are under surveillance that also is being used to “find out who their victims are.”

“Amnesty International is calling on the authorities to stop all further arrests and put an immediate end to this witch hunt,” the statement said.

Nigeria already had a law making sodomy illegal, and no gay people have been demanding marriage in a country where gay people can get lynched and beaten to death, or legally executed by stoning for the offense under the Islamic Shariah law that prevails in nine of the 36 states.

That has led some critics to suggest the issue is being used for political reasons in a country deeply divided on religious, tribal and regional grounds that often lead to deadly clashes. Nigeria's more than 160 million people are almost equally divided between the predominantly Muslim north and mainly Christian south, but all are united in the condemnation of homosexuality.

The European Union and rights groups have joined in condemning the new law, which they say could endanger programs to fight HIV-AIDS.

“This catastrophic law legalizes human rights abuses against an already marginalized group,” Kerry Kennedy, president of the Robert F. Kennedy Center for Justice and Human Rights said, calling it “an affront to Nigeria's own constitution.”

Many Nigerians may be ignorant that they have a new Same Sex Prohibition Act. Nigeria's normally feisty media has been silent on the issue.

The bill bans all gay associations, with penalties up to 14 years' imprisonment for marriage.