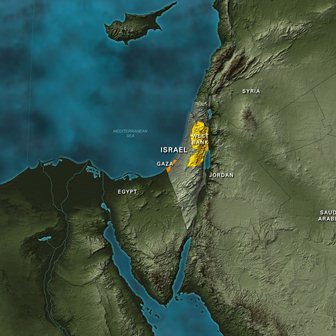 The Palestinian ambassador to the Vatican, Issa Kassissieh, told CNN that while on a visit to the Vatican, Abbas had "extended an official invitation to Pope Francis ... to visit the Holy Land and Palestine."

The Holy Land is a biblical region that includes Israel and the Palestinian territories.

The Vatican has not yet said whether the pontiff intends to take up the invitation.

Since he was elected Pope in March, Francis has spoken of the common ground shared by people of different faiths.

Addressing pilgrims Sunday, he asked them to "pray for peace in the Middle East: in Syria, in Iraq, in Egypt, in Lebanon and in the Holy Land, where the Prince of Peace, Jesus Christ, was born."

Pope Francis met with Israeli President Shimon Peres at the Vatican in April.

A Vatican communique issued after that meeting said they had discussed the hope for a speedy resumption of direct talks between Israelis and Palestinians.

"Hope was expressed that this may assist in reaching an agreement that is respectful of the legitimate aspirations of the two peoples and capable of bringing lasting peace to the Holy Land and to the entire region," the statement said.

The Pope Emeritus, Benedict XVI, visited the Holy Land in May 2009.