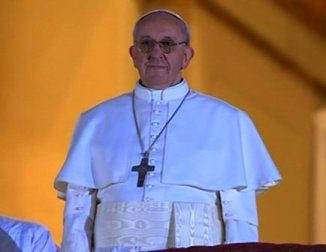 Pope Francis has called for mutual respect between religions in a message addressed to Muslims as they prepare to celebrate Eid al-Fitr next week, at the end of the holy month of Ramadan.

It is traditional for the Pontifical Council for Interreligious Dialogue to send a message of good wishes and a proposed theme for common reflection at this time.

But Francis, who was elected to the papacy in March, said that he wanted to add the personal touch.

"This year, the first of my Pontificate, I have decided to sign this traditional message myself and to send it to you, dear friends, as an expression of esteem and friendship for all Muslims, especially those who are religious leaders," he writes.

"This year, the theme on which I would like to reflect with you and with all who will read this message is one that concerns both Muslims and Christians: Promoting Mutual Respect through Education."

Francis said his message should apply to everyone, with all people respecting the life, dignity and rights of each person.

"Regarding the education of Muslim and Christian youth, we have to bring up our young people to think and speak respectfully of other religions and their followers, and to avoid ridiculing or denigrating their convictions and practices," he said.

Francis returned this week from a trip to Brazil for World Youth Day, during which he met many young Roman Catholics.

In his message, the pope refers to a speech he gave to the Vatican diplomatic corps in March, in which he stressed the need for dialogue with Islam.

With those words, he sought to "emphasize once more the great importance of dialogue and cooperation among believers, in particular Christians and Muslims, and the need for it to be enhanced," he said.

The message was sent out in multiple languages, including Arabic.

Francis' predecessor, former pontiff Benedict XVI, angered many in the Muslim world when he gave a speech in 2006 in which he quoted a 14th-century Byzantine emperor who characterized some of the teachings of Islam's Prophet Mohammed as "evil and inhuman" and "spread by the sword."