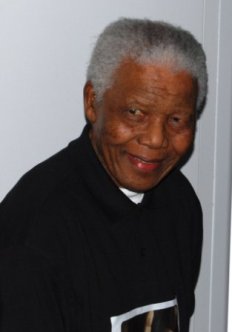 Mandela was readmitted to a hospital this week for a recurring lung infection. Doctors say Mandela is making "steady progress," according to Friday's statement.

It's the second time this month he has been hospitalized. More than two weeks ago, he was taken to a hospital for what officials described as a routine checkup.

Mandela has become increasingly frail over the years, and has not appeared in public since South Africa hosted the World Cup in 2010.

He underwent treatment for a lung infection and had surgery to remove gallstones over the Christmas holiday in 2012, one of his longest hospital stays since his release from prison in 1990.