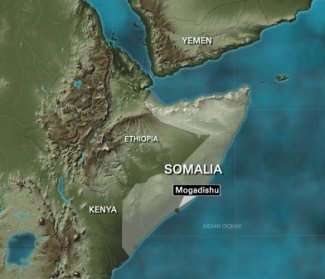 LONDON (CNN) -- Mahdi Hashi came to Britain with his family as a six-year-old, fleeing the civil war in Somalia.

He grew up in London. But his family says that when he turned 16, Britain's MI5 secret service asked Hashi to become a spy -- willingly or not.

"They always used to tell him, 'you either work for us or you are guilty of being a terrorist,'" his father, Mohamad Hashi, told CNN.

Mahdi Hashi filed an official complaint and his local lawmaker met with MI5 representatives. But, his family says, the pressure persisted.

His father, returning from a pilgrimage to the Haj, was stopped at the airport by two people he claims identified themselves as working for MI5.

"I told them, listen, I'm on your side. As a father, I don't want my son to be in danger. And I don't want him to harm anyone. Put on the table what kind of proof you have against my son. Let's cooperate and work together as a parent," he said.

"But they never had anything -- which is what makes me believe that they had another agenda. Which is the one he always mentioned. That they want him to be an informant and work for them."

This pressure was the reason for his son's return to Somalia, Mohamad Hashi said. "He never had peace here. He was being harassed all the time."

Mahdi Hashi traveled to Egypt and Syria as a teenager. Then, in 2010, his family says, Hashi returned to Mogadishu.

He got married, had a child and then, in December 2011, he disappeared.

In July last year, his family received a letter from Britain's Home Office stating that Hashi had been stripped of his citizenship for the "public good."

"The reason for this decision is that the Security Service assess that you have been involved in Islamist extremism and present a risk to the national security of the United Kingdom due to your extremist activities," the letter says.

Then, on December 21, 2012 -- almost a year after he disappeared -- Hashi turned up in a U.S. criminal court in Brooklyn, New York, charged with "material support" of a terror organization, Al-Shabaab, and allegedly training to be a suicide bomber. Two other men were charged with him.

"As alleged, these defendants are not aspiring terrorists, they are terrorists. They did more than receive terrorist training: they put that training to practice in terrorist operations with Al-Shabaab. Their capture and prosecution are important steps in the continuing campaign against terrorism," said George Venizelos, the assistant director in charge of the FBI's field office in New York, in a statement announcing the charges in December.

Hashi denies all the charges, according to his American lawyer, Harry Batchelder.

A statement from the FBI says Hashi was arrested in "Africa" by local police in August last year and then handed to the FBI.

According to his lawyers, Hashi says he was detained in Djibouti in June. He saw cellmates beaten and tortured with electric shocks there, Hashi says.

He claims he was given a choice in Djibouti: Sign a confession or be tortured.

Eventually he was turned over to U.S. authorities, who flew him to the United States, Batchelder said. The lawyer cites the FBI as saying he arrived in late November.

Hashi's British citizenship was stripped from him just a short time before he was put on a plane to the United States, Batchelder said.

That move is being challenged before a special board of immigration appeal, he said. "But as of now, the British government has offered no assistance to this matter whatsoever."

Hashi's father doesn't understand how his son has ended up in a Brooklyn criminal court.

From his parents' point of view, he was kidnapped and taken to the United States.

Batchelder said Hashi's case is an example of a disturbing new trend he has heard called "new and improved rendition."

"I mean that the agonies that were inflicted in earlier renditions, the government has reacted to that, but they still take people from foreign countries, bring them into the United States, and they're going to try him here," the attorney said.

"In my mind, that has long-term ramifications that, if carried out to their logical end, would mean the 20,000 people in Somalia are now eligible to be brought to the United States and tried in a U.S. court. That's a little bit disturbing, and that's an understatement."

Because he is no longer considered a British citizen, Hashi has received no help from the British government. His mother told CNN it has changed the way she thinks of her adopted homeland.

"When we came this country, it was (as) you know, asylum seeker," she said. "They said you are welcome. And now (they say) you are welcome to be hunted. For our kids, our brothers and sisters. The whole community, not only my son."

Mahdi Hashi is now fighting to regain his British citizenship while in a New York detention center. But exactly how he disappeared off the streets of Mogadishu and reappeared in a Brooklyn courtroom remains a mystery.