Video: Italian Supreme Court to Rule Whether Amanda Knox Should Be Retried 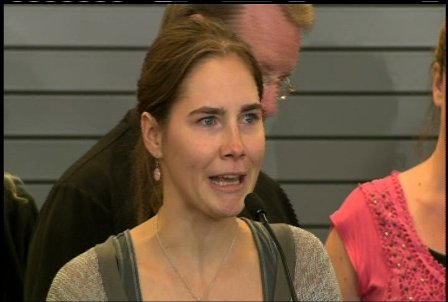 ROME (CNN) -- Her story made headlines all over the world.

An American college student studying abroad in Italy -- charged with killing another student.

Amanda Knox spent four years in jail before her murder conviction was overturned.

Her family hopes Monday will be the last chapter in her long saga.

Prosecutors want to retry her, and Italy's Supreme Court will rule whether they can.

If the court says that Knox's acquittal can't be overturned, the case is over.

Knox, who is not in Italy for the hearing, is confident in the Italian legal system and hopes one day to return to Italy as a free woman, her lawyer, Luciano Ghirga, said Monday.

Knox's family said last year the appeal was unwelcome, but no cause for concern.

"The appeal of Amanda's acquittal by the prosecution was not unexpected as they had indicated from the day of the verdict that they would appeal," a family statement in February 2012 said.

The case began in 2007, when Knox moved to Perugia, Italy, to study at the University for Foreigners of Perugia for one year

Knox, then 20, shared a room with British student Meredith Kercher, 21.

That November, Kercher's semi-naked body was found at the home, with her throat slashed.

Police arrested Knox and Raffaele Sollecito, who was her boyfriend at the time.

Two years later, they were convicted of murder, but were cleared when they appealed the verdicts in 2011.

Guede admitted having sexual relations with Kercher but denied killing her.

Giovanni Galati, a Perugia prosecutor, has said Knox's acquittal should be overturned because Knox and Sollecito were guilty, according to Italian news agency ANSA.

"We are still convinced that they are the co-authors of Meredith's homicide," he is quoted as saying.

If the acquittal is overturned, the case will go back to an appellate court and Knox might have to return to Italy.

If she refuses, the Italian government could appeal to the U.S. government for her extradition.

It may not turn out that way.

In legal paperwork published in December 2011, the judge in the case wrote that the jury had cleared the pair of murder for lack of evidence proving they were guilty.

Knox has spent the last year and a half trying to resume a normal life, studying at the University of Washington in Seattle, her hometown.

She has written a book on her ordeal, titled "Waiting To Be Heard," which will be published next month.

Francesco Sollecito, father of Raffaele, told CNN in a phone interview last year that the family was "not happy about the decision (to appeal). My son is trying to get back to normal life."

"We can do very little in this situation," he said, but as Italian citizens, they would have to accept the court's decision.

"We hope that the high court will finally put the words 'the end' to this story."