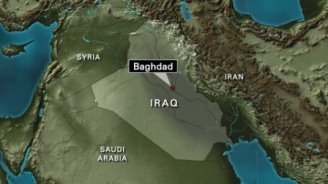 ALMATY, Kazakhstan (CNN) -- Diplomats emerged Wednesday from an unusually secretive round of talks on Iran's controversial nuclear program with a joint announcement to hold a follow-up meeting within weeks.

In a joint statement, the European Union's foreign policy chief, Catherine Ashton, and the chief Iranian negotiator, Saeed Jalili, announced that technical experts would meet in Istanbul on March 18.

Political directors would later reconvene in this snowbound Kazakhstani city on April 5.

Citing the delicacy of the negotiations, representatives of the so-called P5+1 -- the six-nation diplomatic bloc consisting of the U.S., France, Britain, Germany, China and Russia -- did not reveal details of a new proposal submitted to the Iranians at Almaty.

The chief negotiator from Iran, however, said the six nations had been forced to make concessions to Tehran since the last talks in Moscow in May.

"Despite the behavior that they have shown over the last eight months, it was them who actually tried to get closer to our viewpoints, and we see that as a positive step," said Jalili, speaking to journalists at a news conference in a hotel ballroom.

"If Dr. Jalili has said it is positive, then I'm pleased," said Ashton, when she addressed journalists separately in the same room moments later. "But we have to look at the results."

She said that the P5+1 countries remained "absolutely unified in seeking a diplomatic resolution to international concerns regarding Iran's nuclear program."

The decade-long dispute revolves around accusations that Iran is secretly pursuing a nuclear weapons program, which Tehran consistently denies.

Iran is, however, facing sanctions from the United Nations Security Council for violating a U.N. resolution forbidding it from enriching uranium.

In its latest quarterly report on Iran, inspectors from the International Atomic Energy Agency concluded they were "unable to provide credible assurance about the absence of undeclared nuclear material and activities in Iran, and therefore to conclude that all nuclear material in Iran is in peaceful activities."

Tehran maintains that as a signatory of the Nuclear Non-Proliferation Treaty, it has the right to enrich uranium for peaceful energy needs.

In the eight months since diplomats last gathered, the IAEA has reported that Iran had expanded its uranium enrichment activities. Iran also added centrifuges to at least one of its nuclear installations.

During the same period, the United States and Europe piled on additional sanctions against Iran, including a measure that restricts the trade of gold and other precious metals.

The combined American, European and U.N. embargoes have done considerable damage to the Iranian economy. Oil exports have plummeted, as has the value of the Iranian rial. Iranians have watched in alarm as their savings dwindled and the acquisition of foreign pharmaceuticals and other medical supplies became increasingly difficult.

Leading up to the Almaty talks, Tehran repeatedly demanded that P5+1 countries lift their economic blockade of Iran.

On the eve of the talks, a senior U.S. official, speaking on condition of anonymity, said the new P5+1 proposal included some "sanctions relief."

"The sanctions easing offered at this stage do not deal with those sanctions having the greatest impact ... oil and financial," the U.S. official said Wednesday.

The P5+1 countries have repeatedly said ending the sanctions would be possible only if Iran took "concrete confidence-building steps."

According to the senior U.S. official, Washington's greatest concerns are about Iran's continued enrichment of uranium to a level of 20 percent, which is a step closer to the 90 percent uranium enrichment needed for a nuclear bomb.

Also, the U.S. government says it's worried about the Fordo enrichment facility, which is buried deep beneath a mountain near the Iranian holy city of Qom.

On Wednesday, the U.S. official said the current P5+1 proposal calls for Iran to "suspend enrichment at Fordo and constrain the ability to rapidly resume enrichment there."

In his statements to the media, Jalili said the six-nation diplomatic bloc had not requested the closure of Fordo in Almaty.

"There is no justification for its closure, and they did not ask so," Jalili said, speaking through an interpreter.

Western diplomats were careful to characterize this week's talks as "useful."

And at least one longtime observer of Iran and its nuclear program said the latest meeting appeared to have produced some positive results.

"What is new in these Almaty talks are the positive reactions from Iran to the P5+1 proposal and what appear to be substantial adjustments of the P5+1 proposal itself," said Scott Peterson, author of a recently published book on Iran titled "Let the Swords Encircle Me."

Peterson said the apparent changes in the proposal "allow Iran -- at least at this stage -- to continue with its nuclear program, but in a more restricted way."