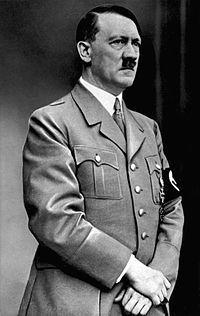 The move was another move by Austria to confront its wartime past. Since the 1980s, the country has gone from denial to gradually acknowledging that it shares guilt for atrocities committed by Nazi Germany.

The Austria Press Agency reported that the decision was endorsed by the Socialist and Green parties, which form Vienna's municipal government coalition.

Vienna Greens Party head David Ellensohn said those could serve as models for the Vienna project, to be erected by 2013.

Until the 1980s, Austrian history books suggested that Austria was a wartime victim because it was annexed by Nazi Germany. But the vast majority of Austrians voted for the "Anschluss"; more Austrians than Germans per capita were members of the Nazi party, and not only Hitler but some of his most notorious henchmen were Austrian.

In Mauthausen, Austria's most notorious Nazi concentration camp complex, about half the 200,000 inmates were shot, gassed or worked to death.