More than ever, graduating college seniors are signing up to spend two years in America's poorest communities as part of Teach for America, the nonprofit organization that recruits and trains top college students for teaching jobs.
The group saw applications jump by more than a third this year from about 18,000 to nearly 25,000.
Of those, about 3,700 are expected to step up to the blackboard as new teachers this fall. That's up more than 25 percent from the 2,900 who did so last year.
Several factors appear to be behind the trend....

After Officers' Acquittal, Sharpton Pledges to 'Shut Down' NYC

NEW YORK (AP) -- Hundreds of angry people marched through Harlem after the Rev. Al Sharpton promised to "close this city down" to protest the acquittals of three police detectives in the 50-shot barrage that killed a groom on his wedding day and wounded two friends.
"We strategically know how to stop the city so people stand still and realize that you do not have the right to shoot down unarmed, innocent civilians," Sharpton told an overflow crowd of several hundred people Saturday at his National Action Network office in the historically black Manhattan neighborhood. "This city is going to deal with the blood of Sean Bell."...

Of Fortune 500 companies, only four leaders are African American

It's getting lonelier at the top for Black CEOs. Only four Blacks will be left running Fortune 500 companies after Stan O'Neal's abrupt retirement from the top spot at Merrill Lynch & Co. last week and the announcement Monday from Time Warner Inc.'s Dick Parsons that he will retire at the end of the year. That leaves Aylwin Lewis at Sears Holding Corp., Kenneth Chenault at American ....

85 Degrees with the Dolphins

Dolphins come in to play while Sarah, 12, and David Louis Henderson, 9, enjoy surfing at the beach in Oceanside, Calif

2,000 March in Support of Man Jailed for Consensual Sex

DOUGLAS, Ga. -- Under the threat of a thunderstorm, about 2,000 marchers took to the streets in Douglas County on Saturday in support of a man being held in prison for having consensual oral sex when he was a teenager, despite a judge's ruling that he should be freed.
The group, led by the NAACP, marched from Douglasville High School to the county courthouse, chanting "Free Genarlow Wilson" and singing....

HOUSTON -- Two stops before completing his record-setting, around-the-world flight, Barrington Irving glided into Houston on Saturday with a message for the about 50 students who cheered his arrival.
"I think this shows it doesn't matter where you come from, what you have or what you don't have," Irving said, a few minutes after exiting his single-engine Columbia 400.
The 23-year-old aerospace student, who built his plane from more than $300,000 in donated parts, took off from Miami on March 23 hoping to become the youngest person and first Black pilot to fly solo around the globe.

Details
Written by The Skanner
Published: 16 May 2007

25 Years Later, Mumia's Case to Be Argued in Appeals 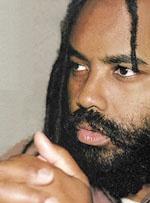 Philadelphia, Pa. – More than 200 supporters of former Black Panther Mumia Abu-Jamal protested outside a federal appeals court Thursday as lawyers challenged his 1982 conviction for the killing of a police officer.
Abu-Jamal has built a global following from prison through his politically – charged writings and recorded speeches.
Actors, writers, death-penalty opponents and activists have rallied behind his claim of innocence over the years.

BROWNWOOD, Texas -- Shaquanda Cotton, whose yearlong stay in a juvenile prison for pushing a hall monitor made her a symbol of alleged racial bias in the troubled Texas Youth Commission, was released Saturday, a state lawmaker said.
The 15-year-old was freed from the Ron Jackson Correctional Complex and picked up by her mother, said Rep. Harold Dutton, chairman of the House juvenile justice committee who lobbied state officials for Cotton's release.
Dutton said Cotton and her family headed back to Paris, her East Texas hometown near the Oklahoma border where civil rights activists have held two protests in as many weeks calling for her release.
"She had a whole cavalry" when picked up, said Dutton, a Houston Democrat.
Attempts to reach the Cotton family by phone weren't successful.
Cotton was sentenced on a felony count of shoving the teacher's aide, who is classified as a public servant, before the morning bell at Paris High School in 2005. She had no prior criminal convictions or arrests, and the hall monitor received no "documentable injury." Prosecutors in Cotton's case expressed surprise at Dutton's news, saying they were told Friday morning by the commission that the girl had not met the agency's standards for release.

A Year After, Politics Loom Over Storm

WASHINGTON—Hurricane Katrina convulsed the United States with its massive destruction. Now Democrats believe it could wreak havoc again in a tide of voter resentment that could sweep Republicans from power.
On the verge of Katrina's one-year anniversary, Democrats from New Orleans to New Haven, Connecticut, to New York are launching a coordinated political assault on the Bush administration's response to the devastation that struck the Gulf Coast.