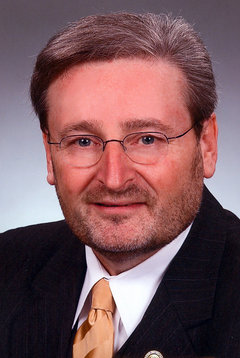 COLUMBUS, Ohio (AP) -- State lawmakers in Ohio made changes Tuesday to a collective bargaining bill that would deal a blow to public worker unions.

The legislation now would prevent nonunion employees affected by contracts from paying fees to union organizations and would ban automatic deductions from employee paychecks that would go the unions' political arm.

A House committee adopted more than a dozen changes to the bill before it briefly recessed. The panel planned to return Tuesday afternoon for a likely vote on the measure.

The Ohio measure would restrict the bargaining rights of roughly 350,000 teachers, firefighters, police officers and other public employees. They could negotiate wages and certain work conditions but not health care, sick time or pension benefits. The measure would also do away with automatic pay raises and base future wage increases on merit.

The bill narrowly passed the Senate and is now before a House committee. If the House passes the altered legislation, it would go back to the Senate. The governor supports the legislation.

Several hundred protesters listened to the committee's amendments over the loudspeakers positioned around the Statehouse, before they headed outside to chants of "Kill the bill!"

Other changes the committee made include removing jail time as a possible penalty for public workers who unlawfully participate in strikes and making clear that public safety workers could negotiate over equipment.

So far, Democrats have offered no amendments. Instead, they delivered boxes containing more than 65,000 opponent signatures to the committee's chairman.

"These people have expressed their concern and their frustration with what the bill is going to do to their future," said state Rep. Kenny Yuko, a Democrat from Richmond Heights.

The Senate passed the bill earlier this month on a 17-16 vote and would have to agree to the House changes before sending it to Gov. John Kasich. The spokesman for the new Republican governor has said Kasich was pleased with the version passed by the Senate but also was comfortable with the House changes.

Republicans hold a 9-6 majority on the House labor committee and a 59-40 edge in the House. All GOP members on the House panel voted in favor of the changes, while Democrats voted against them.

State Rep. Dennis Murray, a Democrat from Sandusky, told the committee he didn't know enough about the amendments to cast a vote because his party was just seeing them for the first time.

"This is a 435-page bill," Murray said. "I don't know how one can intelligently form an opinion."

Lawmakers also revised the bill to include more details on who defines merit. For instance, merit pay for teachers would be based on a combination of guidelines set up by school districts and the State of Department of Education.

Jennifer Blair, 33, a music teacher from Westerville, said she is protesting a bill she believes will "destroy public education as we know it."

"It's setting out to take away services our children have, take away services our teachers have, supplies in our classroom, teachers' rights, class size, safety issues in the classroom for our special needs teachers," she said. "And it focuses on performance-based pay. As a music teacher, I can't be judged that way. I don't give a test to my students. I have no way to be based on performance-based pay in my classroom."