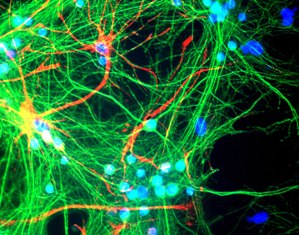 WASHINGTON (AP) -- The Food and Drug Administration has approved a breakthrough cancer medication from Bristol-Myers Squibb Co. that researchers have heralded as the first drug to prolong the lives of patients with melanoma.

The federal health agency approved the injectable drug, called Yervoy, for late-stage or metastatic melanoma. The agency has only approved two other drugs for advanced melanoma, the last of which was cleared more than 13 years ago. Neither drug has been shown to significantly extend patient lives.

Known chemically as ipilimumab, the biotech drug only worked in a small segment of patients studied, and on average they lived just four months longer than patients given older medications. But experts say the drug is an important milestone in treating the deadliest form of skin cancer, which is often unresponsive to therapy.

"Clearly this is not a home run, but it's a solid base hit," said Tim Turnham, director of the Melanoma Research Foundation. "And because we see other things in the pipeline, we think this the first in a series of important new therapies for melanoma."

Ipilimumab is part of a group of targeted cancer medicines that harness the body's immune system to fight off cancer, rather than attacking the disease with outside chemicals like chemotherapy. The drug works by blocking a molecule linked to melanoma called CTLA-4, which interferes with the protective activity of white blood cells. When the molecule is blocked, the cells behave normally and help fight off cancer.

Yervoy carries several side effects related to its effect on the immune system, including: diarrhea, swelling of the colon, rash and fatigue. It can cause fatal immune system reactions. The most frequent severe reactions included inflammations of the colon and small intestine, liver, and skin, as well as nerve damage and endocrine disease. Those side effects usually occurred during treatment, but some occurred after treatment ended.

The FDA said severe to fatal immune reactions occurred in 12.9 percent of patients during clinical trials. The agency is requiring Bristol-Myers Squibb to create a risk evaluation strategy designed to identify and reduce the severe risks associated with the drug.

Mike Brockey of Frederick, Md., was diagnosed with late-stage melanoma in 2008 and tried both conventional and alternative medicines before starting therapy with ipilimumab last September. He received four infusions of the drug every three weeks through November, which is the recommended dosing regimen. Though the drug took time to work, he says his latest scans show that his tumors are inactive.

"This is the first time in two years I had a sense that anything was going in the right direction," Brockey said.

Melanoma is the fastest growing form of cancer in terms of new diagnoses. Researchers attribute the acceleration to longer life expectancies among the elderly and increased use of indoor tanning by the young.

About 68,000 people in the U.S. were diagnosed last year and 8,700 patients died, according to the American Cancer Society.

Average survival was 10 months with ipilimumab versus just more than six months for the others. But a very small group of patients survived longer than six years, suggesting that with more study the drug could be targeted to those who will respond the most.

About 85 percent of patients had little response to the drug. Researchers say the response rate should improve as the drug is used earlier in the disease cycle.

"I think the direction this is headed is toward intervening earlier, when patients' immune systems are still intact, rather than waiting until they are so sick," said Dr. Anna Pavlick, director of the New York University's melanoma program. Pavlick, a spokeswoman for the Skin Cancer Foundation, helped conduct several early-stage trials of ipilimumab.

On Monday Bristol-Myers reported that ipilimumab also improved survival times when used as a first-line treatment against advanced skin cancer in patients who hadn't taken any other treatments. These patients are generally less sick than those first studied by the company and could see even longer survival times. Bristol said it would release those findings at the annual meeting of the American Society of Clinical Oncology in June.

Bristol said it would disclose pricing details of the drug later.

Ipilimumab is one of several key medications Bristol is counting on to sustain its business in coming years. Like most drugmakers, the New York-based company faces a wave of patent expirations that will expose key drugs to generic competition. The company will lose patent protection for both its blood thinner Plavix, the world's second-best-selling drug, and for the high blood pressure drug Avapro in the first half of 2012.