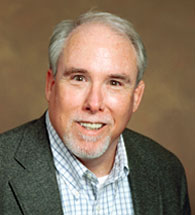 WASHINGTON (AP) -- African-Americans in the South are shunning city life for the suburbs at the highest levels in decades, rapidly integrating large metropolitan areas that were historically divided between inner-city blacks and suburban whites.

Census figures also show that Hispanic population growth for the first time outpaced that of blacks and whites in most of the South, adding to the region's racial and ethnic mix.

``All of this will shake up the politics,'' said Lance deHaven-Smith, a political science professor at Florida State University in Tallahassee.

Because the South is a critical region for Republicans in presidential elections, ``all the Democrats have to do is pick up a couple Southern states, and Republicans are in trouble,'' he said.

The share of blacks in large metropolitan areas who opted to live in the suburbs climbed to 58 percent in the South, compared to 41 percent for the rest of the U.S., according to census estimates. That's up from 52 percent in 2000 and represents the highest share of suburban blacks in the South since the Civil Rights Act passed in the 1960s.

The South also had major gains in neighborhood integration between blacks and whites. Thirty-two of the region's 38 largest metro areas made such gains since 2000, according to a commonly used demographic index. The measure, known as the segregation index, tracks the degree to which racial groups are evenly spread between neighborhoods. Topping the list were rapidly diversifying metros in central Florida, as well in Georgia, Texas and Tennessee.

Census figures also show that Hispanics contributed more to population gains than blacks in 13 of the 16 Southern states over the last decade, compared with seven states for Hispanics from 1990-2000.

It was a clear sign of the shift under way for a region in which African-Americans have been the dominant minority group dating back to slavery.

In all, Hispanics accounted for roughly 45 percent of population gains in the South over the last decade, compared with about 22 percent for whites and 19 percent for blacks. Hispanic growth also has been surprisingly larger than expected in several Southern states, with official counts exceeding earlier estimates by more than 10 percent in Alabama, Louisiana and Maryland, according to the Pew Hispanic Center.

-- In the South, white children in Maryland and Mississippi became a numerical minority for the first time this past decade, joining Texas and the District of Columbia; Florida and Georgia are expected to follow.

-- Metropolitan areas in the South showing some of the biggest advances in black-white residential integration included Tampa, Orlando and Lakeland in central Florida; Atlanta; Louisville, Kentucky; and Houston. Their segregation levels all fell in the middle range.

-- Hispanics in large metro areas in the South were more likely to live in suburbs -- about 60 percent, compared with 56 percent for the rest of the nation.