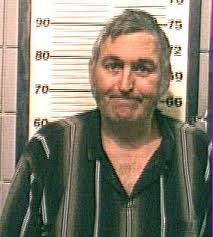 FORT WORTH, Texas (AP) -- A man accused of kidnapping and torturing a woman for two weeks in a "house of horrors" after she repeatedly rejected him is being investigated in two cold cases of missing women, including his ex-wife's disappearance, a sheriff says.

Jeffrey Allan Maxwell, 58, is jailed in Parker County on charges of aggravated kidnapping and aggravated sexual assault following his weekend arrest in connection with the March 1 abduction of his former neighbor, who ran out of his Corsicana house as deputies arrived to question him, Parker County Sheriff Larry Fowler said. Authorities had been searching for the 62-year-old woman since her house had burned down two days after she was kidnapped - a fire that investigators believe was set by Maxwell.

Parker County Jail records did not indicate whether Maxwell had an attorney.

Fowler said Monday that he asked the Texas Rangers to help re-examine the case of Maxwell's ex-wife, who lived in Fort Worth and vanished without a trace in 1992.

Martha Martinez Maxwell first went missing in 1987 before being found beaten with her throat cut near Ardmore, Okla. She survived those injuries. Jeffrey Maxwell was charged with aggravated kidnapping in that case in 1987, but court records show a Tarrant County grand jury declined to indict him, the Fort Worth Star-Telegram reported.

Fowler also said his office will take another look at the case of a Parker County woman who has not been seen since her mobile home burned to the ground in 2000. He declined to elaborate. It's unclear if Maxwell knew that woman, but the case appears to have similarities to the recent case of the rescued woman whose house was set ablaze after she was abducted.

Investigators did find a hidden area built to keep someone restrained, Fowler said, describing it as a "house of horrors." The sheriff said it was not yet clear how the woman was able to escape Saturday.

"He held her for 13 days. I don't know how much longer she could have lasted," Fowler told The Associated Press. "She had restraint marks on her wrists, and he had hit her on the head. Her hands were cut up, and her eyes were black."

Deputies were following a lead when they went to Maxwell's one-story home in Corsicana, more than 100 miles east of the woman's Parker County home. Fowler said that before Maxwell's arrest, he walked outside and said he knew nothing about the woman, who had complained to friends for years that he made unwanted advances toward her before he moved out of Parker County in 2007.

The woman was treated for her injuries and is in protective custody, Fowler said. The AP generally does not identify alleged victims of sexual assault.