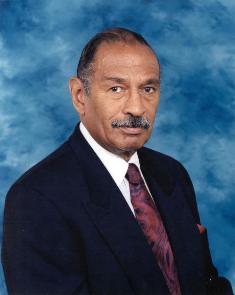 WASHINGTON (AP) -- Black lawmakers accused Republicans on this week of trying to ``manufacture tension'' between African-Americans and immigrants as Republican members of the House of Representatives argued in a hearing that more minorities would be working were it not for illegal immigration.

Democratic Rep. Emanuel Cleaver II chairman of the Congressional Black Caucus, criticized the hearing's premise in a statement. Several other Democratic lawmakers echoed that argument, saying Republicans were ignoring their lack of support for job training, affirmative action, college financial aid and other programs more critical to employment of minorities.

``I am concerned by the majority's attempt to manufacture tension between African-Americans and immigrant communities. It seems as though they would like for our communities to think about immigration in terms of `us versus them,' and I reject that notion,'' Cleaver said in his statement.

Rep. John Conyers of Michigan, ranking Democrat on the House Judiciary Committee, issued a warning at the start of the hearing against any attempts to pit blacks against Latino immigrants, a notion that he said he found ``so abhorrent and repulsive.''

Republican Elton Gallegly, the subcommittee's chairman, argued that the ``real victims of the failed immigration policies'' are low-skilled legal workers. Gallegly said the topic is often ignored by immigration supporters.

``Our focus should be on ensuring every U.S. citizen American who is willing to work has a job instead of (filling) jobs with foreign laborers,'' Gallegly said. Immigrants often compete for jobs with low-income laborers, he said.

Rep. Lamar Smith, a Texas Republican, pointed out that after Immigration and Customs Enforcement raided Georgia Crider Inc., which had 600 jobs filled by people not working in the country legally, the company raised wages $1 an hour and attracted legal workers, primarily black Americans.

``With unemployment at over 9 percent for 21 months, jobs are scarce. And that is especially true in minority communities across the U.S.,'' Smith said.

The GOP has been trying to balance its immigration enforcement agenda with its need for greater Hispanic voter support to win the White House in 2012. Republicans hoped to show some minorities support deporting immigrants and oppose granting legal status to those who are in the country illegally.

A recent Pew Hispanic Center report found immigrants were returning to work more quickly than native-born workers but earning less than they had before the recession, stoking views among advocates for tough immigration enforcement that jobs held by Americans were being taken by immigrants. Studies indicate that the correlation is not as direct as some would suggest.

On Tuesday, the Economic Policy Institute issued three reports on the low wages of black workers. One report found that the average annual wages of jobs in which black men are overrepresented is $37,005, compared with $50,333 in jobs where they are underrepresented. In another institute study, researcher Patrick Mason found that black immigrant men are not better off in weekly wages than black American men.

Wade Henderson, chairman and CEO of the Leadership Conference on Civil Rights, acknowledged that because of the higher unemployment in their communities, African-Americans fear the immigrant work force will make it harder for them to get jobs.

Henderson said high unemployment among blacks has a wide variety of causes. Unemployment rates for more than 50 years have been almost double what they are for white Americans, he said, even as the population of foreign-born people in the U.S. has increased.

Denial of equal opportunity in education, criminal justice, housing and jobs ``continues to contribute more directly to the high unemployment rate that African-Americans endure and not the issue of illegal immigration as has been cited by virtue of this hearing,'' Henderson said.