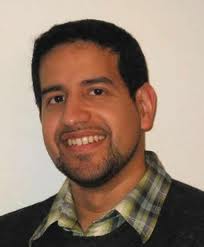 University Park, Pa. -- Just as the constant pressure soldiers face on the battlefield can follow them home in the form of debilitating stress, African Americans who face chronic exposure to racial discrimination may have an increased likelihood of suffering a race-based battle fatigue, according to Penn State researchers.

African Americans who reported in a survey that they experienced more instances of racial discrimination had significantly higher odds of suffering generalized anxiety disorder (GAD) some time during their lives, according to Jose Soto, assistant professor, psychology.

Generalized anxiety disorder has both psychological and physical symptoms that are so severe that they can significantly affect everyday tasks and job performance. People with the disorder may have chronic worrying, intrusive thoughts and difficulty concentrating. Physically, the disorder may manifest such symptoms as tension headaches, extreme fatigue and ulcers. Some of these symptoms are associated with "racial battle fatigue," a term coined by William A. Smith, associate professor, University of Utah.

"The results of our study suggest that the notion of racial battle fatigue could be a very real phenomenon that might explain how individuals can go from the experience of racism to the experience of a serious mental health disorder," said Soto. "While the term is certainly not trying to say that the conditions are exactly what soldiers face on a battlefield, it borrows from the idea that stress is created in chronically unsafe or hostile environments."

The researchers, who reported their findings in the current issue of the Journal of Anxiety Disorders, examined data from the National Survey of American Life, a study of 5,899 American adults. The study collected data on, among other topics, mental health and experiences of discrimination from 3,570 African Americans (60.5 percent of the total study population), 1,438 Afro-Caribbeans (24.4 percent) and 891 non-Hispanic Whites (15.1 percent).

The experience of racial discrimination, however, was not associated with GAD for Afro-Caribbeans. Soto, who worked with Nana Dawson, graduate student in psychology and Rhonda BeLue, assistant professor, health policy and administration, suggested that because Afro-Caribbeans have a different history from African Americans, they may both define and manage racial discrimination differently.

"One interesting finding from the study is that non-racial discrimination seems to be associated with the development of GAD for all three groups in the sample," Soto said. "About 49 percent of non-Hispanic whites said they suffered other forms of discrimination."

Soto said the connection between racism and severe anxiety underscores the negative impact that discrimination has on society.

"This is just one instance of how powerful social stressors can impact healthy functioning," Soto said. "And I would suspect, if we could wave a wand and eliminate racism from our past and our present, we would also eliminate a lot of health disparities."