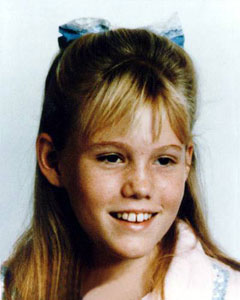 Jaycee Dugard before her kidnapping

PLACERVILLE, Calif. (AP) — A Northern California couple charged with kidnapping Jaycee Dugard and holding her captive for 18 years have given full confessions to authorities, a defense lawyer said Monday.

The revelation came as prosecutors and defense lawyers opened negotiations on possible plea bargains that could avert a trial and testimony by the victim who has sought privacy since being freed 18 months ago.

Attorney Stephen Tapson, who represents defendant Nancy Garrido, told reporters outside court that he was present when his client and her husband, Phillip Garrido, were re-interviewed by El Dorado County detectives during the past month.

They acknowledged snatching Dugard, then 11, from a South Lake Tahoe street, and answered dozens of questions from investigators about the years they spent with her and her two daughters fathered by Phillip Garrido, Tapson said.

"Essentially they confessed to kidnapping and told where all the bodies are buried," Tapson said, characterizing the disclosures as "full confessions."

Nancy Garrido, 55, has pleaded not guilty to 18 felony counts that include false imprisonment, rape and child pornography. Her husband had been scheduled to enter a plea Monday, but his lawyer, Deputy Public Defender Susan Gellman, asked to postpone the arraignment until March 17.

Neither Gellman nor District Attorney Vern Pierson would confirm or deny Tapson's account.

The case took a turn toward a possible plea deal earlier this month when a judge declared Phillip Garrido competent to stand trial.

Criminal proceedings against him had been halted in September after Gellman expressed doubts about his mental state. Based on evaluations by two psychiatrists, Gellman and the district attorney later agreed Garrido's competency was no longer a barrier to trial.

Both defense lawyers said after Phillip Garrido was declared competent to stand trial that the defendants were amenable to a settlement that would spare Dugard and her daughters from having to take the witness stand.

Tapson said discussions for a plea deal are ongoing, with the most recent offer from prosecutors calling for sentencing Phillip Garrido to 440 years in prison and his wife to more than 241 years.

Tapson thinks the sentence proposed for his client is exorbitant. While Nancy Garrido acknowledged being the one who dragged Dugard from a school bus stop into the couple's car in 1991, she denies having sexually abused the girl and regards herself as a mother to Dugard and her daughters, Tapson said.

"She should be able to walk free at some point in time," Tapson said, adding that he thought a sentence of 20 to 30 years would be appropriate.

Nancy Garrido delivered the children Dugard, now 30, had when she was 14- and 17-years old, he said.

The lawyer says Dugard was present during one of Nancy Garrido's recent interviews, apparently the first time the women had been face-to-face since the couple was arrested in 2009.

He declined to say if they spoke or to describe the mood at their encounter.

Dugard is writing a book about her years imprisoned in the backyard of the Garridos' Antioch home, with publication expected later this year. So far, she has not spoken publicly about her ordeal.

Phimister ruled that making the information public would "substantially and prejudicially" jeopardize Phillip Garrido's right to a fair trial.

Media organizations, including The Associated Press, had asked the judge to unseal the documents.

Dugard spent a day testifying behind closed door before a grand jury in August, and her statements largely formed the basis of the indictments handed down by the jury.

Prosecutors objected to having her testimony made public before trial or as part of a plea deal.

Quoting their motion, Phimister noted the testimony contained a detailed description of her rape and other sexual acts that Phillip Garrido is accused of capturing on video.

Her account, as well as the reports of the court-appointed psychiatrists who evaluated Phillip Garrido, could prejudice potential jurors if the case goes to trial, the judge said.