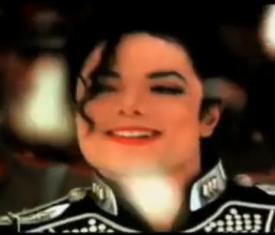 City News Service reported that Superior Court Judge Yvette M. Palazuelos turned down a motion by AEG Live to dismiss the case that claims the company is responsible for medical decisions made by Dr. Conrad Murray, who has pleaded not guilty to involuntary manslaughter in Jackson's death.

The lawsuit filed Sept. 15 on behalf of Katherine Jackson and the pop star's three children suggests Jackson was forced to maintain a grueling rehearsal schedule for his planned "This Is It" concerts in London, and was showing signs of physical stress in the months before his June 25, 2009 death.

The judge said she had doubts about a conspiracy claim in the suit because there were no details in the complaint stating AEG Live and Murray had an agreement to do something unlawful, City News Service reported.

"If the object was to get him to rehearsals, I don't see that as a wrongful or an illegal act," Palazuelos said.

Attorneys for AEG Live have said Jackson made his own medical decisions and hired Murray to accompany him on the tour.

Attorney Marvin S. Putnam, who represents AEG Live, argued that his clients could not have realized Murray's decisions would lead to Jackson's death.

"It's not foreseeable that Michael Jackson or anyone else was going to die in their own home of propofol," Putnam said.

A coroner found that Jackson died of an overdose of the powerful anesthetic combined with other drugs he was using to induce sleep.

Katherine Jackson's lawsuit claims the star was cold and shivering during the summer rehearsals for his show while others were perspiring from the heat. She claims he was told by AEG to stop taking medication, and that if he missed even one rehearsal the tour would be cancelled.

The judge commented, "The question is, did he witness the negligence and did he understand what was going on."

She gave the plaintiffs' lawyers 20 days to amend their complaint and set a case management conference for March 22.