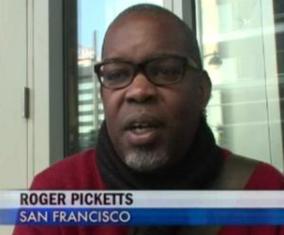 WASHINGTON (AP) — The economy gained strength at the end of last year as Americans spent at the fastest pace in four years and U.S. companies sold more overseas.  The Skanner News Video: Economy
The growth is boosting hopes for a stronger 2011. But it remains too weak to ease high unemployment.
The Commerce Department reported Friday that growth rose by an annual rate of 3.2 percent in the October-December quarter. That's better than the 2.6 percent growth in the previous quarter. And it was the best quarterly showing since the start of last year.
The economy has now consistently picked up speed since hitting a rough path in the spring.
For all of last year, the economy grew 2.9 percent, the most since 2005. It was an improvement from 2009 when the economy suffered its worst decline in more than 60 years.
All told, the economy produced $13.38 trillion worth of goods and services last year, a new record. It surpassed the pre-recession peak reached in the fourth quarter of 2007.
Still, the economy isn't growing fast enough to drive down unemployment, which was 9.4 percent in December. It takes about 3 percent growth just to create enough jobs to keep pace with the population increase. By some estimates, growth would have to be closer to 5 percent for a full year to drive down the unemployment rate by 1 percentage point.
Increased consumer spending was a key reason the economy grew more strongly. Americans boosted their spending at a 4.4 percent pace, the most since 2006. They spent more on furnishings, appliances, cars and clothes.
That's largely why economists are more optimistic about the economy's performance this year. Consumer spending accounts for roughly 70 percent of overall economic activity.
After the recession ended in June 2009, consumers kept spending cautiously. At the end of last year, though, that began to change.
Economists expect consumer spending will rise 3.2 percent or more for all of 2011. That would be almost double last year's anemic rate.
A cut in workers' Social Security taxes, higher stock prices and wage gains from a slowly healing jobs market should make people feel better about spending, economists say.
Workers' wages and benefits increased by 2 percent last year, the Labor Department said in another report. That was up from a 1.4 percent increase in 2009, but was still the second-smallest increase in nearly three decades. Stronger hiring this year should help wages grow more. But lavish pay raises and bonuses aren't expected for most workers because competition for jobs remains fierce, economists say.
In the final quarter of last year, consumers spent more and saved less. Americans saved 5.4 percent of their disposable income, compared with 5.9 percent in the third quarter.
Economists are hopeful that consumers can power the economy, especially as government stimulus fades and businesses spend less replenishing their stockpiles.
Companies spent just $7.2 billion on inventories in the October-December, compared to a $121.4 billion increase in the July-September quarter. Inventories investment, which had been an important source of growth since the recession ended, subtracted from economic growth for the first time since the second quarter of 2009.
Economic growth would have been a lot stronger if businesses had not slowed down their inventory investment. Final demand, which excludes the inventory swing and is a good indicator of underlying demand in the economy, rose at a 7.1 percent pace, the strongest since 1984.
Stronger sales of U.S. exports to foreign buyers helped fuel growth at the end of last year, but the higher sales were eclipsed by the slowdown in inventory rebuilding.
Exports of U.S.-made goods grew at a 10 percent pace, up from a 5.8 percent pace in the July-September quarter. Economists expect sales of exports to continue to provide support for the economy this year.
Business spending on equipment and software also helped growth in the October-December quarter. Businesses also started spending again on home building and commercial construction projects after deep cutbacks.
Government spending, however, stopped being a source of growth for the economy at the end of last year. It dipped 0.6 percent in the October-December quarter — the first drop since the start of 2010. The pullback reflected cuts in spending by the federal government on defense and by state and local governments, which are struggling with budget problems. Federal spending on non-defense projects, however, grew.
For all of this year, the economy is expected to grow 3.2 percent, according to a new AP Economy Survey.
Economists in the AP Economy Survey predict the unemployment rate will rise to 9.5 percent in January. The government releases the January employment report next week. The unemployment rate is expected to drop to 8.9 percent by the end of this year, the survey says.