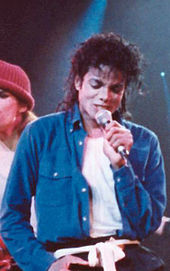 Dr. Conrad Murray was expected at an arraignment Tuesday, at which his lawyers say he will plead not guilty. They said he will not seek a plea bargain and that they had no qualms about going to trial in spite of strong prosecution evidence at a preliminary hearing aiming to prove that the doctor's gross negligence killed Jackson.

"We're going to go to trial," said defense attorney J. Michael Flanagan. "I think our case is really solid. We were very pleased with the way the evidence went at the preliminary hearing. ... This should result in an acquittal."

Michael Jackson's 'Michael' Album Sales Pale Next to 'This Is It'

Others outside the case were not as confident of Murray's chances.

"If I were advising him, I would be talking to the district attorney to see what they would be willing to accept," said criminal defense attorney Steve Cron. He said that an offer of probation with community service and temporary suspension of Murray's medical license would be worth considering if it were proposed.

"I think there's a good chance he's going to go down on this," said Cron. "If they go to trial, they've got a lot of explaining to do."

If convicted, Murray could face a maximum of four years in prison. But his defense is not just an effort to avoid prison; it's a fight for his professional life.

Superior Court Judge Michael Pastor suspended his California medical license pending the outcome of the trial. A conviction on a felony could mean that Murray could never practice medicine again.

"I think ultimately, it will not go to trial," said Dana Cole, a defense attorney not involved in Murray's case. "There's too much risk."

He said a plea of guilty or no contest could bring a better result for the doctor than a jury verdict.

"No Superior Court judge is going to want to send him to state prison for this case," said Cole who noted that Murray has no prior criminal record. and is charged with the lowest level of manslaughter. Prosecutors do not allege he wanted to kill Jackson.

Cole suggested that "creative solutions" could be crafted, including a term of house arrest to avoid the long, costly ordeal of a trial.

District attorney's spokeswoman Sandi Gibbons said, "The people are ready to proceed with this case."

In the six-day preliminary hearing, a portrait emerged of a doctor trying to help his famous client overcome debilitating insomnia with propofol, a powerful surgical anesthetic not intended for home use. Jackson had used it before and demanded it, calling it his "milk."

A coroner testified that Jackson, 50, died of a propofol overdose in combination with other drugs on June 25, 2009. His death was classified as a homicide.

Murray's behavior before and after Jackson stopped breathing was detailed by household staff and paramedics. It was backed up with phone records, e-mails and, most importantly, a transcript of Murray's nearly three-hour interview with police.

Murray said he gave Jackson a low dose of propofol after spending 10 hours trying to get him to sleep using other drugs. When the star appeared to doze off, Murray said he left the room for two minutes to go to the bathroom, then returned to find Jackson not breathing.

He delayed calling 911 for between 25 minutes and an hour while he tried to revive him, testimony showed.

"He abandoned his patient and didn't resuscitate appropriately. That's the key," said Dr. Richard Ruffalo, an anesthesiologist who testified for the prosecution.

Legal experts said several defenses are available to Murray. Among them is the suggestion by his lawyers that Jackson, desperate for sleep, self-administered the fatal dose of propofol while Murray was out of the room. That theory would mean he either injected propofol into an IV line or swallowed the drug, which is meant to be administered intravenously.

Prosecution experts are likely to challenge that scenario. They also could say Murray was negligent in leaving the drug on a night stand where Jackson could reach it.

"They've got to explain why Dr. Murray was giving him propofol in the first place, in a setting where it is not normally given," said Cron, who has been watching the case.

He said Murray's team has many questions to answer, including why he left the singer without a monitor, why he delayed calling 911, why he attempted CPR on a bed rather than the floor, and why he did not tell paramedics he had given Jackson propofol.

"All these are little bits of evidence," said Cron. "None of them alone caused his death, but all together they may have."

Although it was risky, Cron said Murray may have to testify in his own defense.

"My guess is he will have to explain some of these things and present his persona to the jury as a reasonable, competent doctor," Cron said.