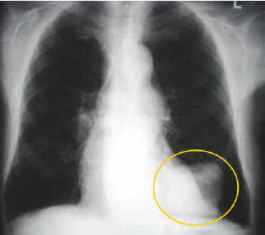 according to the Centers for Disease Control and Prevention. In fact, an estimated one out of five deaths in this country are caused by cigarette smoking alone.

As the curtain starts to come down on the year, it is the time of year when we focus on Lung Cancer Awareness, and many people use this period to smoke less or to quit smoking for good on a specially designated day called the Great American Smokeout, which this year was Nov. 18. But, whether it is during the Lung Cancer Awareness period or any other time of year, it is never a bad time to take the pledge to stop smoking. If you don't smoke, pledge to help a family member or a friend quit. If you or someone you know needs help with quitting, please call the National Cancer Institute's Smoking Quitline toll-free at 1–877–44U–QUIT (1–877–448–7848). The information specialists on the quitline can provide free cessation information and support. Additionally, the Smokefree and Smokefree Women web sites (smokefree.gov and women.smokefree.gov) allow you to choose the type of help that best fits your needs.

People of all races and ethnicities smoke cigarettes, but certain groups have been targeted for marketing of specific kinds of cigarettes. For example, menthol-flavored cigarettes have been marketed particularly heavily in minority communities. Just this month, leading researchers released a series of papers about the marketing of menthol cigarettes and their impact on smoking in minority communities. These papers were published in a special issue of the scientific journal Addiction that was funded by the National Cancer Institute. The studies indicate a wide range of effects of menthol cigarette marketing, including greater menthol cigarette use by African Americans, women, young people, the unemployed, and those with lower education. Another finding from the studies is that Hispanics and African Americans who smoke menthol cigarettes are less likely to quit successfully than those who smoke non-menthol cigarettes.

Also a few weeks ago, the U.S. Department of Health and Human Services, which is your lead federal agency that oversees America's health initiatives, announced a new tobacco control strategy that calls for new warnings and graphic images to appear on cigarette packs and advertisements. If this plan goes into effect, expect larger text sizes and more clear and direct language for warning labels as well as some pretty shocking graphics and photos of people who have been affected by cigarette smoking.

Whether it takes strong new graphic images or more sternly worded health warnings, the fact remains clear that this must be the message that people get on tobacco: Smoking causes lung cancer, which is the most common cause of cancer-related death in the United States. African Americans have higher rates of death from lung cancer than any other racial/ethnic group. Smoking causes about 90% of all lung cancer deaths in men and 80% of all lung cancer deaths in women, and the risk increases according to the amount smoked, the length of time someone has been smoking, and the age at which smoking began. Cigarette smoking also causes many other types of cancer, including cancers of the esophagus, larynx (voice box), mouth, throat, kidney, bladder, pancreas, stomach and cervix, as well as acute myeloid leukemia.

Take action today to live tomorrow by quitting smoking and by helping others in your life quit. It is never too late to quit smoking, and quitting reduces your risk for lung cancer and other diseases. The National Cancer Institute has a wealth of resources for you to learn more about lung cancer—and all other types of cancer as well: call the Cancer Information Service toll-free at 1-800-4-CANCER and speak to an information specialist.

NCI leads the National Cancer Program and the NIH effort to dramatically reduce the burden of cancer and improve the lives of cancer patients and their families, through research into prevention and cancer biology, the development of new interventions, and the training and mentoring of new researchers. For more information about cancer, please visit the NCI Web site at http://www.cancer.gov or call NCI's Cancer Information Service at 1-800-4-CANCER (1-800-422-6237).