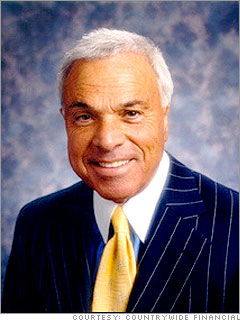 NEW YORK (AP) -- Allstate Corp. has filed a federal lawsuit against Countrywide Financial Corp. over $700 million in toxic mortgage-backed securities that the insurer bought beginning in 2005, only to see their value decline rapidly.

The suit, filed Monday in Manhattan federal court, targets Countrywide, its co-founder and longtime CEO Angelo Mozilo and other executives, as well as Bank of America Corp., which bought the mortgage giant in 2008.

Allstate maintains that beginning in 2003, Countrywide abandoned its underwriting standards and misrepresented crucial information about the underlying mortgage loans that made up the securities it sold. The company, then the nation's largest home loan originator, presented securities backed by the mortgages as safe investments to Allstate and others by concealing material facts, the suit alleges.

The Northbrook, Illinois-based home and auto insurer bought the mortgage-backed securities in question from Countrywide between March 2005 and June 2007. Allstate says its claims are based on analysis of the loans underlying the mortgage-backed securities, internal Countrywide documents that have been made public through a Securities and Exchange Commission lawsuit, and complaints filed against Countrywide by regulators, states' attorneys general and other investors.

Charlotte, North Carolina-based Bank of America, the largest in the U.S., had no comment on the suit. Mozilo's attorney could not be immediately reached.

Allstate did not specify damages in the suit but said it seeks, at minimum, to reverse the securities purchases and recover its losses. The insurer posted a loss of $1.68 billion for 2008, largely due to investment losses. It turned a profit in 2009 and has maintained positive income in 2010, but third-quarter results missed analyst expectations.

In October, Mozilo agreed to a $67.5 million settlement with the SEC to avoid trial on civil fraud and insider trading charges that alleged he profited from doling out risky mortgages while misleading investors about the risks. Under terms of the settlement, Mozilo and two other Countrywide executives did not admit wrongdoing.

Countrywide was writing one in six of the nation's mortgages in 2006, more than $490 billion, according to court records from the SEC case. The Calabasas, California-based company spiraled into disaster as it became clear many of its borrowers wouldn't be able to repay mortgages that had required no proof of income or down payment, and contained adjustable rates that quickly made monthly payments unaffordable. The SEC said in its filing that Countrywide executives knew as early as September 2004 it could suffer huge credit losses.

In 2008, Bank of America reached an $8.4 billion settlement with 12 states in 2008 over Countrywide's lending practices. The company also agreed in August to pay $600 million to end a class-action case from former Countrywide shareholders.

In its most recent quarterly report filed with the SEC, Bank of America said it, Countrywide and its Merrill Lynch unit have been named as defendants in suits related to the sales of more than $375 billion in mortgage-backed securities.