What Will the Big New Tax Law Mean for You? 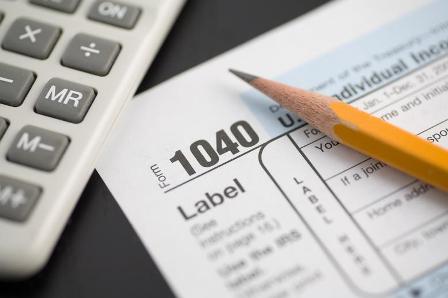 WASHINGTON (AP) -- It's the most significant new tax law in a decade, but what does it mean for you? Big savings for millions of taxpayers, more if you have young children or attend college, a lot more if you're wealthy.

The package, signed this month by President Barack Obama, will save taxpayers, on average, about $3,000 next year.

But many families will be able to save much more by taking advantage of tax breaks for being married, having children, paying for child care, going to college or investing in securities. There are even tax breaks for paying local sales taxes and using mass transit, and a new Social Security tax cut for nearly every worker who earns a wage.

Most of the tax cuts have been around since early in the decade. The new law will prevent them from expiring Jan. 1. Others are new, such as the decrease in the Social Security payroll tax. Altogether, they provide a thick menu of opportunities for families at every income level.

``The tax code wants to encourage people to invest in their homes, invest in their education, invest in their retirement, and you have to know about all of these in order to take advantage of it,'' said Kathy Pickering, executive director of The Tax Institute at H&R Block.

The law extends most of the tax cuts for two years, including lower rates for the rich, the middle class and the working poor, a $1,000-per-child tax credit, tax breaks for college students and lower taxes on capital gains and dividends. A new one-year tax cut will reduce most workers' Social Security payroll taxes by nearly a third next y ear, from 6.2 percent to 4.2 percent.

A mishmash of other tax cuts will be extended through next year. They include deductions for student loans and local sales taxes, and a tax break for using mass transit. The alternative minimum tax will be patched, sparing more than 20 million middle-income families from increases averaging $3,900 in 2010 and 2011.

``I am absolutely convinced that this tax cut plan, while not perfect, will help grow our economy and create jobs in the private sector,'' Obama has said. ``It will help lift up middle-class families, who will no longer need to worry about a New Year's Day tax hike. ... It includes tax cuts to make college more affordable, help parents pro vide for their children, and help businesses, large and small, expand and hire.''

At the request of The Associated Press, The Tax Institute at H&R Block developed detailed estimates for how the new law will affect families at various income levels next year:

Income taxes would be lower because of the lower rates, a $1,000 per child tax credit and a $1,200 tax credit for child care expenses. The couple earns $2,000 in dividends but it would be tax-free at their income level. Wealthier investors would pay a top tax rate of 15 percent on dividends. The couple would also be spared from paying the alternative minimum tax, and would pay lower Social Security payroll taxes.

Income taxes would be lower because of the lower rates and more generous deductions for state and local income taxes, property taxes, mortgage interest and charitable donations.

Assuming the couple earned $4,000 in qualified dividends and $5,000 in capital gains, that income would be taxed at 15 percent, instead of the higher rates that would have taken effect without the new law.

At their income level, the couple wouldn't qualify for the child tax credit and would get only $125 from the education tax credit. However, they would save more than $3,600 because they would be largely spared from the AMT.

``One thing generally about the higher income taxpayers is that even though they have a lot of opportunities, they also phase out of a lot of benefits that are designed for lower- to middle-income taxpayers,'' said Gil Charney, principal tax analyst at The Tax Institute at H&R Block.