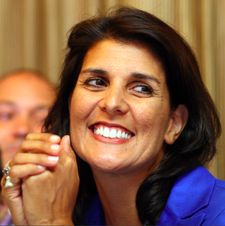 NEW YORK (AP) -- New York's incoming governor, Democrat Andrew Cuomo, says he won't raise taxes even though he will inherit a budget deficit of at least $9 billion when he takes office in January. Ohio Republican Gov.-elect John Kasich is promising to cut taxes, despite a shortfall of about $8 billion.

And in California, incoming Democratic Gov. Jerry Brown - who ardently pursued innovative clean energy and environmental protection programs during his first stint in office, in the revenue-rich 1970s and '80s - will have to figure out this time how to close a budget gap projected at more than $25 billion.

Twenty-six states elected new governors last month - 17 Republicans, eight Democrats and one independent - and now they are going to have to reconcile their principles and campaign promises with some harsh fiscal realities: This is the worst budget climate for the states in at least a generation.

Cumulatively, the states face budget shortfalls of nearly $140 billion next year, according to the Center on Budget and Policy Priorities, a Washington think tank. To make matters worse, billions in aid to states from the federal government's $800 billion stimulus plan is set to dry up early next year.

The incoming governors face some painful and politically unpopular decisions, with the easy fixes long gone. Among the unsavory alternatives: tax increases or deep cuts in programs voters hold dear, such as education, public safety and health care.

"I think we have to be realistic with the people of South Carolina: This is gonna hurt," said Republican Nikki Haley, South Carolina's incoming governor. She has ruled out raising taxes or increasing fees for such things as hunting, fishing and drivers' licenses.

Bob Williams of the conservative think tank State Budget Solutions said new governors will be able to take a fresh look at the proper role of state government.

But even that prescription doesn't give governors much room to maneuver.

A study by the Pew Center on the States and the Public Policy Institute of California of five fiscally troubled states found voters believe education and health care are the core functions of government and should not be cut, even though they eat up a majority of most state budgets - in some cases up to two-thirds of all spending.

At least nine incoming governors have pledged not to raise taxes to close their states' budget gaps. All but Cuomo are Republicans.

Nick Johnson, director of state and local programs for the Center on Budget and Policy Priorities, said they may have to reconsider that pledge when campaigning gives way to governing.

"You saw a lot of candidates promising deep cuts in spending, but few of them were very specific in what they would cut," he said. "The key is to put everything on the table, and that includes the revenue side."

That's the message Connecticut's incoming Democratic governor, Dan Malloy, is conveying. The former Stamford mayor said he will have to raise taxes and cut services to close a projected $3.5 billion shortfall, one of the largest of any state as a percentage of its overall budget.

"We can't raise taxes by $3.5 billion, nor can we cut the budget by $3.5 billion. Let's be honest," Malloy said. "So this is a time when people have to be on notice that they'll be requested to participate in shared sacrifice."

In Nevada, with a projected deficit of $1.1 billion to $3 billion, incoming Republican Gov. Brian Sandoval is refusing to raise taxes, calling it "the worst thing you could do" during a recession. Nevada leads the nation in home foreclosures and bankruptcies and has the highest employment rate at 14.2 percent.

"Nevada families and businesses are suffering, and our budget cannot worsen the problem," Sandoval said.

Sandoval has been crafting a plan that would trim 10 percent from state agencies and could extend furloughs for public employees. But even those and other cuts would leave an estimated $1.3 billion shortfall, according to the state's Economic Forum, an independent panel of experts.

In hard-hit Rhode Island, Gov.-elect Lincoln Chafee, a former GOP senator who became an independent in 2007, said he wants to close the state's estimated $300 million deficit through a combination of cuts and a new sales tax on currently untaxed merchandise. He has not specified what he wants to cut.

Chafee made the sales tax proposal a key part of his campaign, saying he wanted to be candid with the voters. He said the state could bring in an additional $100 million per year with a 1 percent tax on such items as groceries, prescription drugs, coffins and farm equipment.

Haley, South Carolina's incoming governor, has appointed a task force to examine ways to deal with a deficit that could top $800 million, or 16 percent of the budget.

Kasich, who ousted Democratic Gov. Ted Strickland in Ohio, wants to cut taxes and campaigned on a promise to try to phase out the state's income tax. To trim costs, he has proposed diverting nonviolent offenders from prisons and taking on public employee unions.

New York's Cuomo also has ruled out tax increases in a state whose residents already are among the most heavily taxed in the country.

"You have no economic future if New York is the tax capital of the nation," he said.

Instead, he wants to cap property tax increases and has warned of cuts in education and health care.

California's Brown served as governor from 1975-83, when he oversaw a drop in state taxes largely because of Proposition 13, a ballot initiative that rolled back property taxes. He initially opposed it but worked to implement it after voters approved it.

Many critics now say Proposition 13 needs to be revisited, blaming it in part for the state's chronic deficits.

Brown has made no commitments about how to solve the state's fiscal crisis but said it will require enormous sacrifice from across the political spectrum.