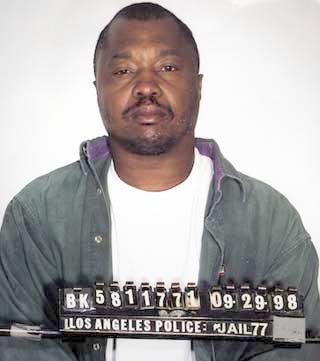 LOS ANGELES (AP) -- Hoping for a flood of tips, police released scores of photographs Thursday of unidentified women that were found at the home of the accused ``Grim Sleeper'' serial killer.

Investigators asked people who recognize any of the roughly 160 people in the 180 pictures to let them know their whereabouts.

Detectives found the photos, along with hundreds of hours of home video, when they searched the home of suspect Lonnie Franklin Jr. in South Los Angeles in July. Some women are shown in more than one photo.

``Now that we know who he is and what type of activity he is involved in with women, we are very concerned for everyone in these photographs,'' Detective Dennis Kilcoyne said. ``We don't know what we are going to learn today.''

Police Chief Charlie Beck added, ``We certainly do not believe that we are so lucky, or so good, as to know all his victims.''

The apparent 14-year pause in the alleged crimes led to the nickname ``Grim Sleeper,'' though detectives suspect Franklin could be involved in many other deaths.

The women in the photos appear to be a wide range of ages. Some of the images are sexually explicit, and women appear to be willing participants, Kilcoyne said. Only closely cropped versions of the photos were released.

``It baffles me how he is so successful at getting women to do what he asks them to do,'' Kilcoyne said. ``It's not like we have pictures of him holding a knife to someone's neck.''

Investigators found the photographs in cars and throughout the house, including the garage. Some had been hidden.

All of the ``Grim Sleeper'' victims were killed within a few miles of Franklin's home in a neighborhood where people knew him as a backyard mechanic. Police are reviewing more than 30 cold-case files to see if they can tie Franklin to other slayings.

Franklin was taken into custody last summer after his son was arrested and swabbed for DNA. Using a technique known as a familial DNA search, the sample came back as similar to evidence in the serial killings, ultimately leading police to Franklin.

In a separate case, Huntington Beach detectives were inundated in March with hundreds of phone calls and e-mails after they released more than 100 photos discovered in serial killer Rodney Alcala's storage locker after his 1979 arrest.

The photos were released after Alcala was convicted last March of the murders of four women and a 12-year-old girl. He was sentenced to death.