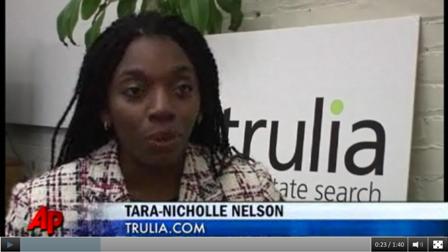 WASHINGTON (AP) -- A further decline in the number of people applying for unemployment benefits capped a strong week for the economy.

Factories are producing more, shoppers are spending more and business executives and consumers are more optimistic. The latest reports, along with a tax-cut plan that Congress is set to pass, are leading economists to predict 2011 will be better than first thought and that hiring will pick up.

Weekly claims for jobless aid dipped by 3,000 to a seasonally adjusted 420,000 in the week ending Dec. 11, the Labor Department said Thursday.

The four-week average of claims, a less-volatile measure, fell for the sixth straight week to 422,750. That's the lowest level since August 2008, just before the financial crisis intensified with the collapse of Lehman Brothers.

Weekly first-time applications below 425,000 tend to signal modest job growth. But economists say applications would need to dip consistently to 375,000 or below to indicate a significant decline in unemployment. Applications for unemployment benefits peaked during the recession at 651,000 in March 2009.

Claims have been steadily declining in the past two months, raising hopes among economists that layoffs are falling and employers are hiring more. So far, though, job gains have been too few to reduce unemployment.

``The trend is unmistakably better and this echoes good news from other leading indicators,'' Jonathan Basile, an economist at Credit Suisse, wrote in a note to clients.

Even with the gain, housing starts are just 16 percent above the 477,000 unit pace from April 2009 -- the lowest point on records dating back to 1959. And they are down 76 percent from their peak in January 2006, and 45 percent below the 1 million annual rate that analysts say is consistent with a healthy housing market.

Americans are buying more imported goods. The widest measure of the trade deficit rose 3.3 percent in the July-September quarter, the Commerce Department said. Consumer demand for clothing, footwear and household appliances boosted imports. That was the fifth straight quarterly increase and could be viewed as a hopeful sign that Americans are confident enough in the economy that they are willing to spend more.

And Fed Ex Corp., the world's second-largest package delivery company, raised its earnings prediction for the full year on a better economic forecast and a brightened view for the holidays.

Thursday's reports follow encouraging data this week on retails sales and factory output. Both showed gains in November for the fifth straight month. Inflation remains tame. And a survey of CEOs at America's largest companies found that 45 percent expect to hire in the next six months.

Still, what matters most to Americans is the job market. Earlier this month, the government issued a disappointing report that showed employers added only 39,000 net new jobs in November and the unemployment rate rose to 9.8 percent.

The number of people continuing to receive unemployment benefits rose by 22,000 to 4.14 million, the department said. But that doesn't include another 4.8 million people receiving extended benefits under an emergency program paid for by the federal government.

The extended aid can last up to 99 weeks in states with high unemployment. That program lapsed Nov. 30 but would be continued through next year as part of the compromise on taxes between President Barack Obama and congressional Republicans. That compromise measure is currently before the House after being approved by the Senate.

Some companies are still cutting jobs. Yahoo Inc. said Tuesday that it is laying off 600 employees, or 4 percent of its work force.