Dorothy Rowley Special to the NNPA from the Afro-American Newspapers
Published: 13 December 2010 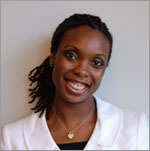 African-American women are at the greatest risk of dying from pregnancy-related complications, largely because they tend to forego prenatal care, according to new data released by the Centers for Disease Control and Prevention.

Overall, Black women are three to four times more likely than White women to succumb to difficult pregnancies. CDC also found that deaths within one year of pregnancy typically occur from complications such as blood clots, hemorrhage, and heart problems.

"Pregnancy is a joyful time, but not without its risks," Dr. Renee Volny, an obstetrician-gynecologist and health policy fellow at the Satcher Health Leadership Institute in Atlanta , told TheGrio.com. "Pregnancy puts physical stress on some of the body's vital organs."

Without the proper assessment by a doctor—including a series of check-ups to ensure the health of both the mother and her unborn child—Volny said that expectant women might not realize the pregnancy could put both mother and child's life at risk.

The CDC data found that during the past 20 years there have been more pregnancy-related deaths among all populations of women, and that without early prenatal care it would be difficult to detect potentially fatal conditions.

Due to perceived racism or a lack of insurance, Black women often avoid prenatal care. As a result, they are more likely than other pregnant women to hemorrhage or die from ectopic pregnancies, a condition in which a fetus develops inside the fallopian tubes rather than in the uterus.

According to findings published this summer in a study that focused on Black pregnant women in New York, pregnancy-induced hypertension as well as a high percentage of Caesarean section deliveries contributed to deaths in that city. The cases studied most often involved women from neighborhoods in the southeast Queens and northeast Bronx boroughs.

The report, which was co-sponsored by the New York Academy of Medicine and the New York City Department of Health and Mental Hygiene, found that the death rate for pregnant women with no insurance was nearly four times higher than for insured women, and that nearly half of all women who died from pregnancy-related causes had been diagnosed as obese.

Volny expressed hope that the number of pregnancy-related deaths will decrease with insurance more widely available due to the passage of health care reform measures.

"With its passing, almost every mother will have health insurance, which will remove at least one barrier of accessing preconception counseling and prenatal care," Volny said.