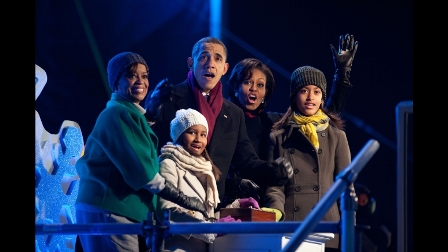 WASHINGTON – President Barack Obama apparently hasn't had a cigarette since March, but the White House stopped short Thursday of declaring that he has officially kicked the habit bedeviling millions of Americans.

"I have not seen or witnessed evidence of any smoking in probably nine months," White House press secretary Robert Gibbs replied when asked at his regular media briefing about Obama's habit.

Has the president quit smoking? Gibbs wasn't ready to make that declaration.

"For that nine months, yes," he said. "I don't want to be flip. I think the president would be the first one to tell you that it's a struggle."

The update on Obama's continued fight against the addictive powers of nicotine followed Thursday's release of the latest U.S. Surgeon General's report to warn the public about tobacco's risks, including how it immediately begins to poison the body.

About 46 million adults, or one in five, still smoke. Millions more are regularly exposed to other people's fumes.

Smoking "is not something that he's proud of. He knows that it's not good for him. ... He doesn't like children to know about it, obviously including his," the spokesman said. "He has worked extremely hard and I think he would tell you even, when in the midst of a tax agreement and a (nuclear arms treaty) and all the other things that accumulate that, even where he might have once found some comfort in that he's pushed it away."

"He understands its dangers and, I think, has done a lot of extraordinary work to wrestle with that habit as millions of Americans have," Gibbs said.

After his first medical checkup as president in February, the White House physician reported that Obama was the picture of health, except for a slightly elevated cholesterol level, tendinitis in his left knee and occasional smoking.

The doctor, Navy Capt. Jeffrey Kuhlman, said Obama should continue with "smoking cessation efforts," or the use of nicotine gum.