By The Skanner News
Published: 01 December 2010 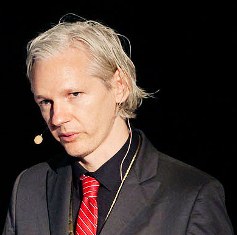 WASHINGTON (AP) — The government's decisions about whether or how to bring criminal charges against participants in the WikiLeaks disclosures are complicated by the very newness of Julian Assange's Internet-based outfit: Is it journalism or espionage or something in between? The Skanner News Video

Justice, State and Defense Department lawyers are discussing whether it might be possible to prosecute the WikiLeaks founder and others under the Espionage Act, a senior defense official said Tuesday.

They are debating whether the Espionage Act applies, and to whom, according to this official, who spoke anonymously to discuss an ongoing criminal investigation. Other charges also might be possible, including theft of government property or receipt of stolen government property.

Rep. Peter King of New York called for Assange to be charged under the Espionage Act and asked whether WikiLeaks can be designated a terrorist organization.

But Assange has portrayed himself as a crusading journalist: He told ABC News by e-mail that his latest batch of State Department documents would expose "lying, corrupt and murderous leadership from Bahrain to Brazil." He told Time magazine he targets only "organizations that use secrecy to conceal unjust behavior."

Longtime Washington lawyer Plato Cacheris, who represented CIA official Aldrich Ames and other espionage defendants, said Tuesday that Assange could argue he is protected by the First Amendment, a freedom of the press defense. "That would be one, certainly," Cacheris said.

The last leak that approached the size of the WikiLeaks releases was the Pentagon Papers during the Nixon administration.

The Supreme Court slapped down President Richard Nixon's effort to stop newspapers from publishing those papers. But the leaker, ex-Pentagon analyst Daniel Ellsberg, was charged under the Espionage Act with unauthorized possession and theft of the papers.

A federal judge threw out the charges because of government misconduct including burglary of Ellsberg's psychiatrist's files by the White House "plumbers" unit.

The Reagan administration had more success against Samuel Loring Morison, a civilian intelligence analyst for the Navy and grandson of a famous U.S. historian. Morison was convicted under the Espionage Act and of theft of government property for supplying a British publication, Jane's Defence Weekly, with a U.S. satellite photo of a Russian aircraft carrier under construction in a Black Sea port. Dozens of news organizations filed friend-of-the-court briefs supporting Morison because he was a $5,000-a-year part-time editor with Jane's sister publication and thus arguably a journalist.

But WikiLeaks has entered a space where no journalist has gone before. News organizations have often sought information, including government secrets, for specific stories and printed secrets that government workers delivered to them, but none has matched Assange's open worldwide invitation to send him any secret or confidential information a source can lay hands on.

Is WikiLeaks the leaker or merely the publisher?

"The courts have been somewhat reluctant to draw a line of demarcation between what we call mainstream media and everyone else," said Washington attorney Stan Brand. "If these people are publishing and exercising First Amendment rights, I don't know why they're less entitled to their First Amendment rights to publish."

But at a news conference Monday, Attorney General Eric Holder contrasted WikiLeaks with traditional news organizations, which he said acted responsibly in the matter even though several posted some classified material. Some news organizations consulted with the government in advance to avoid printing harmful material; Assange has claimed his efforts to do likewise were rebuffed.

Some see openings for the government.

Assange "has gone a long way down the road of talking himself into a possible violation of the Espionage Act," First Amendment lawyer Floyd Abrams said on National Public Radio, noting that Assange has said leaks could bring down a U.S. administration.

Washington lawyer Bob Bittman expressed surprise the Justice Department has not already charged Assange under the Espionage Act and with theft of government property over his earlier release of classified documents about U.S. military operations in Iraq and Afghanistan. Bittman said it was widely believed those disclosures harmed U.S. national security, in particular U.S. intelligence sources and methods, meeting the requirement in several sections of the act that there be either intent or reason to believe disclosure could injure the United States.

"These are not easy questions," said Washington lawyer Stephen Ryan, a former assistant U.S. attorney and former Senate Government Affairs Committee general counsel. Ryan said it would be legally respectable to argue Assange is a journalist protected by the First Amendment and never had a duty to protect U.S. secrets.

But Ryan added, "The flip side is whether he could be charged with aiding and abetting or conspiracy with an individual who did have a duty to protect those secrets."

On the question of conspiracy there's a legal difference between being a passive recipient of leaked material and being a prime mover egging on a prospective leaker, legal experts say.

Much could depend on what the investigation uncovers.

Army Pfc. Bradley Manning is being held in a maximum-security military brig at Quantico, Va., charged with leaking video of a 2007 U.S. Apache helicopter attack in Baghdad that killed a Reuters news photographer and his driver. WikiLeaks posted the video on its website in April.

Military investigators say Manning is a person of interest in the leak of nearly 77,000 Afghan war records WikiLeaks published online in July. Though Manning has not been charged in the latest release of internal U.S. government documents, WikiLeaks has hailed him as a hero.

Another obstacle would be getting Assange to the United States. His whereabouts are not publicly known.

In France, Interpol placed Assange on its most-wanted list Tuesday after Sweden issued an arrest warrant against him as part of a drawn-out rape probe — involving allegations he has denied. The Interpol "red notice" is likely to make international travel more difficult for him.

But even if Assange were charged and arrested in a country that has an extradition treaty with the United States, there could be problems getting him here. The Espionage Act carries a maximum penalty of death, and nations with no death penalty often refuse to send defendants here if they face possible execution.

"The U.S. reaction to all of this is rather overblown," Tigar said. "One should hesitate a long time before bringing a prosecution in a case like this. The First Amendment means that sometimes public expression makes the government squirm. ... That diplomats collect information, and are sometimes brutally candid, comes as no surprise to anybody."