By La Risa Lynch Special to the NNPA from the Chicago Crusader
Published: 26 November 2010 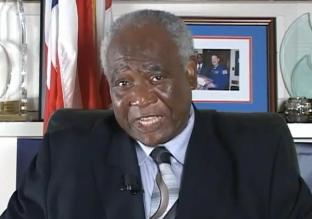 Tens of thousands of signed petitions submitted by Congressman Danny K. Davis and former U.S. Senator Carol Moseley Braun for the February mayoral election have foiled the plans of a Black coalition who hoped to throw their weight behind one Black candidate. The coalition chose Davis. But Carol Moseley Braun is not going anywhere, and State Senator James Meeks has now announced he too will be submitting signatures to officially enter the race. The fourth black candidate is William 'Dock' Walls. The Skanner News Video: Davis
With former Obama chief of staff, Rahm Emanuel, also running, the race is bound to be a challenging win.
The Skanner News Video: Meeks
The Chicago Coalition for Mayor, a group of Black politicians, businessmen and community activists, decided to choose Davis as its consensus candidate. Coalition member Eddie Read said "The coalition cannot be held responsible if others acted against the coalition's selection process." 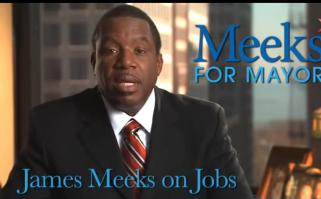 Read said people will vote their "conscience and their needs" and will see that Davis represents justice, fairness and equality. Read said that splitting the black vote vote is not a major concern. Read also fended off criticism concerning the legitimacy of the 62-member coalition. He noted that potential candidates appeared before a screening committee and completed questionnaires. Read added that a stenographer was present and a certified public accountant affirmed the final vote. "We took this process seriously," he said. "We were not acting as some clandestine group that came together."
A fourth African American candidate, William "Dock" Walls, who ran unsuccessfully for mayor in 2007, has said he will run again -- bringing the total of Black candidates to four. City Clerk Miguel del Valle and former Chicago School Board President Gery Chico already announced their campaigns. Both are seen as strong candidates in the Hispanic community. During his announcement, Davis was flanked by scores of supporters that included members from the Latino, Asian, White and Black communities.

"People ask me why you want to be mayor of Chicago with all the things that we are facing? Why aren't you content to go back to Washington," Davis said. He explained no one can be content in a city that has failing schools, homelessness and low graduation rates among Black males. But Davis said he is up to the challenge of shepherding this city through tough times. 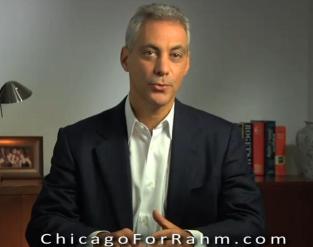 Davis said he would work to boost underachieving schools, improve police relations for those who "feel disrespected by the law," and expand minority contracting opportunities. To bolster his campaign, Meeks enlisted ComEd's CEO Frank Clark and former Illinois Republican Party Chair Andy McKenna to serve as finance committee chairs. Meeks has billed himself as the education mayor. Meeks made education a priority as state senator by championing school vouchers and shifting education funding from property taxes. Both measures failed.
In 2008, Meeks attempted to enroll hundreds of Chicago Public Schools students in Winnetka's New Trier High School. The effort aimed to show the disparity in Illinois school funding that is based on zip codes.
"Every child in America deserves a right to an equal [and] high quality education," Meeks said. A quality education, he added, is linked to economic development. Business cannot grow and prosper without an educated and trained workforce, he explained. "Only strong businesses can create good paying jobs," he said. "We should be the city that really works. We should be the city of job creation." Meeks also vowed to campaign civilly, and said he is willing to sign a pledge against negative campaigning.
"People want to hear about how candidates are going to fix schools ... create jobs … work with our business community and … deal with the budget," Meeks said to thunderous applause. "Any street person can talk about another person," he added. "It takes people of integrity… to stick to the issues."
Announcing his mayoral bid, former White House Chief of Staff Rahm Emanuel also decried negative campaigning. He stressed the importance of good schools, job creation and safety. "There's no excuse for school children being shot on our streets," Emanuel told supporters at a north side elementary school. He said he believes in reigning in spending, but not on the backs of taxpayers, who "are struggling to stay afloat in this economy." "This is no time to even talk about raising taxes," Emanuel said. "Our first responsibility is to make the tough choices that have been avoided too long because of politics and inertia."  The Skanner News Video: Rahm Emanuel