By The Skanner News
Published: 20 November 2010 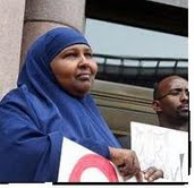 The Somali-American community in Minnesota and Tennessee are reeling from news that a sex-trafficking ring involving Somali youth were busted in the two states by federal agents with a warrant.

The victims were girls from the Twin Cities, some age 13 and younger, who were shuffled across state lines to work as prostitutes, according to an indictment unsealed in federal court.

At a news conference in Nashville , U.S. Attorney Jerry Martin announced the 24-count indictment against three women and 26 men who are said to have run the operation in the Twin Cities, Nashville, and Columbus, Ohio. The alleged victims, all minors, were listed as Jane Doe 1 through 4.

The indictment targets three so-called Somali gangs: the Somali Outlaws, the Somali Mafia, and the Lady Outlaws. The defendants are listed by name and nicknames such as Shorty, Forehead, Hollywood, Barnie, Fatboy, and Pinky.

"You'd hear about it, but not who's doing it," said Abia Ali, who runs a girls' program at the Abubakar As-Saddique mosque in Minneapolis. "This is a wake-up call to educate the whole community," she said. "We can't be in denial. We should take care of our girls."

Reports of the trafficking of minor-age girls have been published with increasing frequency. At a Capitol Hill briefing last May, actress Demi Moore said: "I think many Americans are more willing to accept that there are girls enslaved in Cambodia or Delhi, and really can't imagine that it's happening right here… As a society, we owe it to them to ensure this doesn't happen to anyone else."