By Marjorie Valbrun of Americas Wire for The Skanner News
Published: 13 November 2010 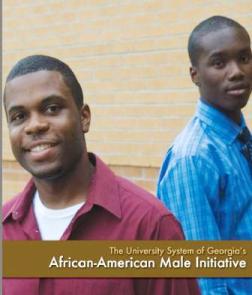 Walk the campuses of many black colleges, and you are bound to notice young female students strolling and talking, clusters of women having lunch together, classrooms filled mostly with women. It's impossible to miss the dearth of male students and not worry about that.
Young black men are not attending, or graduating from, college at the same rate as black women. Although their absence is more apparent at historically black colleges and universities, or HBCUs, black male students are scarce at colleges everywhere.

The national college graduation rate for black men is 33.1 percent compared with 44.8 percent for black women, according to the U.S. Department of Education. The total graduation rate is 57.3 percent. Black men represent 7.9 percent of 18-to-24-year-olds in America but only 2.8 percent of undergraduates at public flagship universities.

While this troubling trend is most acute among blacks, young men of color in general are underrepresented in colleges and universities. The national college graduation rate of Hispanic men is 41.1 percent and of Native Americans and Alaska natives 33.8 percent. In comparison, the graduation rate for white males is 54.5 percent. Asian/Pacific Islanders have the highest rate, 60.6 percent.

This education gap virtually ensures that men of color, particularly blacks, will continue to have less earning power than their white counterparts and be underrepresented across a broad spectrum of high-paying professions.

The good news is that the problem is being addressed. African-American educators who noticed the declines sounded warning bells several years ago and took the lead in trying to increase the rates of black men attending and completing college. State college systems became involved, too. The bad news is that the problem is persistent and complicated by factors that affect young black men long before they enter college.

The University System of Georgia has a similar program that is equally comprehensive, and numerous other programs nationwide include modest student-run projects, ambitious institutional ones and civic-minded community-based efforts.

While the personal costs of not having a college education are obvious—limited job opportunities, reduced earning potential, stunted career advancement—graduating fewer black men also has negative long-term economic and social implications for the well-being of the black community. Without solid incomes and steady jobs, young black men's chances for economic advancement are severely diminished, as is their ability to marry and help to support families, secure credit to buy homes or start businesses. They are also unlikely to become influential business leaders with a say in economic development of their communities.

The lagging economy exacerbates the problem. College tuition has risen while incomes of black families have declined. The 17.3 percent unemployment rate for black men age 20 and older (13.2 percent for black women) is nearly double the national unemployment rate of 9.5 percent and likely to increase if the economic recovery doesn't gain momentum. What's more, the prospect of finding a well-paying job without a college degree is fast declining in an increasingly global economy.

Black men need college degrees more than ever. That's where the Man Up program at Howard University comes in. Like student retention efforts at other HBCUs, Man Up is a peer-mentor support program designed "to keep our men in school and help them to matriculate successfully," said Lincoln Brown Jr., who oversees the program.

Man Up offers students an opportunity to meet regularly in group sessions with male mentors, usually professors and community volunteers. They discuss problems that may be hurting student's grades, making college life difficult or causing them to consider leaving school.

"We deal with whatever issue that confronts them on daily basis," Brown said. "It could be anything—relationships, father or parental issues, socialization issues."

Students could also be having difficulty adjusting to college life, developing effective study habits, communicating with peers or professors, even staying focused. Some young men have no fathers or other male role models in their lives and, as a result, no male mentors to help guide them when they encounter trouble in college. Others have troubled family lives or deal with self-esteem issues. Still others have inadequate or inferior grade school educations that didn't prepare them for college.
Some students face none of these challenges and are doing perfectly well in school but attend the meetings simply for the camaraderie and male bonding.
Malik Washington, 22, a senior, joined Man Up in his first year at Howard after learning about the program during freshman orientation.
"I wanted to come and talk," he said. "I didn't have any specific issue per se that I wanted to talk about, but I could see there were issues in the back of my mind that could become problems later in life."
One was an estranged relationship with his father. The two had not spoken since Washington was 14 years old, but he decided to reach out to his father earlier this year.
"Man Up put me in a position where eight years later I was able to speak to him and able to do so without anger and bitterness," Washington said. "I've grown and matured, and I owe so much of my maturation to the program.
"They stressed the importance of understanding myself and my role as a man in this society, and I don't mean the gender roles that we attach to people in society but more like how do I fit in the world, how will I influence the world and how will the world influence me."

Such sentiments can seem like touchy-feely intangibles difficult to measure or to cite as proof of the program's success, but they touch on the unique emotional and social challenges—not to mention structural racism—that young black men routinely confront.
"We're the place where they can come and get it off their chest," said Darryl Moment, 54, an adjunct lecturer at Howard who runs the group sessions.
"It is not about a single part of their environment, you cannot find a cure, you cannot find a symptom for something that's systemic," he said quoting his own mentor, a black professor from his college days. "And you cannot point at one factor and forget that there are all these other contributing factors, whether it's the apathy of their parents, the low expectations of the school systems they came from, the fact that they didn't have a successful model for assimilating in college."
As part of retention efforts, male students are offered workshops in writing, math, study skills, and time and crisis management. They are prepped on interviewing skills and resume writing. Tutors help those struggling academically, and those with financial problems are referred to aid and scholarship sources. Still, research on black male students has shown that having supportive relationships with mentors on campus often plays a more significant role in their success than these services.
"The core issue seems to be giving them some way to develop a sense of community on campus," Michael Cuyjet, an associate professor at the University of Louisville's educational and counseling psychology department told Inside Higher Ed, an online education news source. He is also editor of "African American Men in College," a book that profiles several college programs targeting male students.
"The general research on student behavior indicates that students do better if they feel that they're connected to the campus somehow, through academics, through extracurricular activities, through social networking—somehow," Cuyjet told the website. "And studies have also shown that African American men seem to have a difficult time doing that, for a number of reasons. Generally speaking, one is that a large number of African American men are socialized to not ask for help."
Malik Washington could not agree more.
"You don't come to school as an academic machine," he said. "You come to school as person, a person who has emotions and a personal life. If your emotions or your personal life are not balanced, it will affect whether you graduate."
He said his Man Up mentors helped him find that balance by challenging him to take a long view of his future. They asked often: "Why did you come to Howard?" They reminded him just as often: "Okay, you met one challenge by getting here. How are you going to finish?"
"It was like you don't have any choice but to finish and graduate," Washington said.