Video: Gibson's Ex Says She Feared for Life After Fight 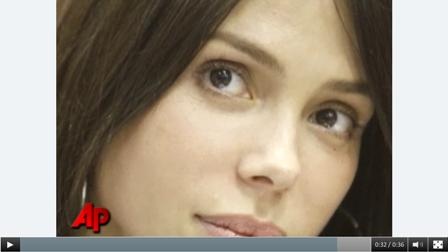 LOS ANGELES — Mel Gibson's ex-girlfriend Oksana Grigorieva said she feared the Academy Award winner might kill her during a fight earlier this year, giving her first public account of an argument she claims turned violent.
The Russian-born musician accuses the "Braveheart" star of hitting and choking her and claims he had a gun during the January confrontation.
The Skanner News Video here
"I was scared for my life and my daughter's," she told People magazine in a story published Wednesday. "I thought he would kill me."
Grigorieva also told the magazine she did not leak now-famous tapes purportedly of the actor in a series of racist and misogynistic rants. Audio of the actor-director's rants was leaked to celebrity website RadarOnline.com, which has said the tapes did not come from Grigorieva.
The recordings were made a month after the alleged physical abuse.
Gibson's representatives did not participate in the People story and declined to comment on Grigorieva's interview.
She did not report the alleged abuse to authorities until months later, after the couple broke up and became embroiled in a bitter custody dispute over their infant daughter. The Los Angeles County Sheriff's Department has completed an investigation into Grigorieva's domestic violence claims and turned its results over to prosecutors.
The agency also is investigating Grigorieva after Gibson claimed she tried to extort him.
Grigorieva, who is living in a home provided by the actor, said she didn't immediately report the violence in part because she didn't want to humiliate him. But she told the magazine that she now is fighting her ex-boyfriend for her daughter.
"I'm standing up to a bully who is very rich and famous," she said.
Grigorieva said in the interview that she hopes her daughter, who turns 1 later this month, will love and forgive Gibson.